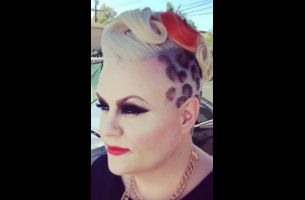 As Associate Creative Director, Cole will manage Hook creative teams in both the Los Angeles and Ann Arbor offices, and lead creative efforts for its largest clients, including Google and YouTube.

A multiple-award winner who comes to the shop after seven years at TBWA\Chiat\Day L.A., Cole created several national and global campaigns for the agency’s clients, including Infiniti, Nissan, Buffalo Wild Wings and the Grammys. Previously, she worked on brands such as Bud Light, AMP Energy, Absolut and Pepsi while working at agencies TribalDDB, Loomis and Italia Partners.

“Brandy’s extensive campaign experience is a tremendous value to Hook,” says Tony Tung, Hook’s Executive Creative Director. “Her involvement in the artist community and her approach to creative endeavors will benefit the teams here through mentorship and creative guidance—we’re looking forward to her leadership on flagship projects.”

Additionally, Cole is a member of the Recording Academy and Manager/Creative Director for the Australian Rock band Mere Machine.

Cole, who grew up on a ranch with no TV outside a small town in Texas where her family read the entire Encyclopedia Britannica for fun, likes to say she “went from farm to fancy.” She’s lived in Spain, Brazil, New York and California. She’s also stayed with tribes in the Amazon, walked a protest in France, camped off the Kenai Peninsula in Alaska, traveled the world shooting graffiti, and much more.