Honourees Announced for the 70th Annual Advertising Hall of Fame

Awards and Events 132 Add to collection 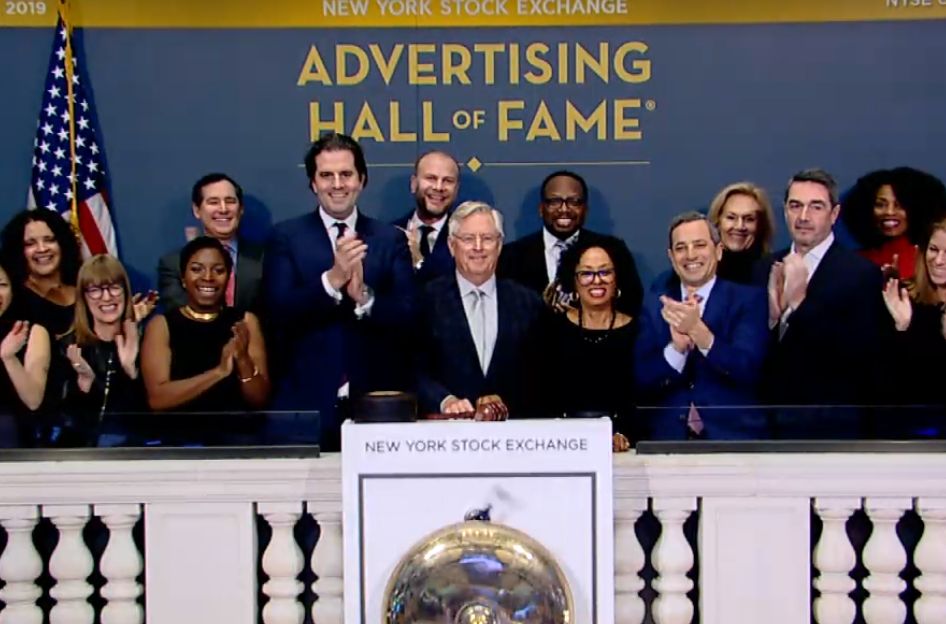 What do banking, soft drinks and television all have in common? Leaders from these industries have just been selected for induction into the 2019 Advertising Hall of Fame by the American Advertising Federation (AAF).

The Advertising Hall of Fame, presented by the AAF since 1949, helps the organisation to sustain many of its key initiatives throughout the year surrounding education, diversity, grassroots advocacy, industry ethics and professional development. Induction into the Hall of Fame celebrates the most accomplished and legendary figures in advertising. From their significant contributions to the advertising industry, to their personal philanthropic involvement, this year’s honourees have set the precedent by which great leaders and accomplishments are measured today.

“This year’s diverse group of honourees are at the top of their field and more than deserve this recognition. I am personally inspired by the ways in which they have given back to our industry over the years, as well as the love of creativity they all share. We are incredibly proud to induct some of the most iconic and accomplished leaders into the AAF Hall of Fame’s Class of 2019,” said Bill Hagelstein, president and chief executive officer of RPA and chairman of the Advertising Hall of Fame Council of Judges.

Hector Orci will also be presented with the distinguished David Bell Award for Industry Service, awarded to recognise extraordinary and unique contributions and service to the advertising community and industry as a whole. The award is named in honour of David Bell (Hall of Fame Class of 2007), a visionary leader and mentor to several generations of advertising professionals.

“These Hall of Fame honourees are true trailblazers in our industry. This extraordinary class has made – in their own individual and innovative ways – a lasting impact on the advertising landscape, and their work will continue to empower others for decades to come,” added Carter Murray, FCB Worldwide CEO and vice chairman of the AAF.

The Hall of Fame ceremony is the biggest night of the year for the industry, bringing together over 900 of the nation’s top leaders of American advertising, marketing and media companies. The 70th Annual Advertising Hall of Fame Induction Ceremonies & Gala Dinner will be held on April 30th, 2019, at Cipriani Wall Street in New York City.