Tim has helmed work for top brands such as Google, Coca-Cola, PlayStation and ESPN 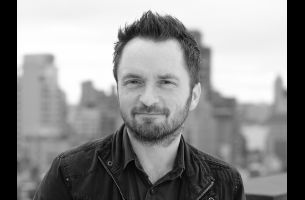 Production company Honor Society has signed director Tim Abshire for U.S. commercial representation. With a character-driven approach to storytelling, he has helmed work for top brands such as Google, Coca-Cola, PlayStation, ESPN, Febreze, VW, Taco Bell, E*TRADE and Kia. Tim’s signature comedy dialogue style has earned him industry recognition and numerous golds from Cannes Lions, Clios, One Show Pencils, PromaxBDAs, and ADC Cubes. His work celebrates the awkward and odd characteristics of any situation through clever storytelling that leaves a lasting impression.

“Tim has the natural ability to bring out the best comedic performances,” notes Honor Society Executive Producer Megan Kelly. “His ability to embrace the unconventional and seamlessly integrate offbeat moments into the narrative is integral in bringing each of his projects to the next level. We are excited to add Tim’s dynamic talent to the Honor Society roster.”

Tim began his career in the On-Air Promos department of MTV. He quickly amassed a diverse skillset as a director, writer, editor and creative director while working on celebrity-filled campaigns for all of the network’s major shows. After 6 years of creating content and commercials for MTV, he shifted his focus to commercial directing, working with top ad agencies around the globe on a diverse range of branded campaigns.