Ariel has produced spots for such top brands as eBay, Bank of America, Nescafé and PayPal 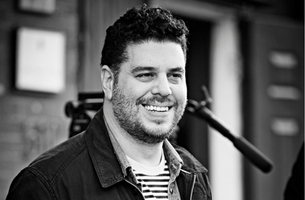 He has over 15 years of experience in international filmmaking, bringing a refreshingly visceral and artfully designed lifestyle lens to his work across multiple genres.

In addition to his branded work, his music video work has earned international praise, including two MTV VMA recognitions for his Muse “Uprising” and Passion Pit “The Reeling” music videos.

“Ariel’s work has a unique sense of edge and grit infused into beautiful imagery,” notes Honor Society Managing Director/Executive Producer Megan Kelly. “He has a talent for reinventing traditional genres with a fresh approach and we are thrilled to have him join our roster!”

Adds Danziger, “Honor Society has such a welcoming community and it’s really great to be a part of a company that is run by strong women who are laying the groundwork for the industry of tomorrow,” adds Danziger. “Megan has taken such care to craft a highly curated roster and I’m looking forward to bringing my unique perspective to complement this lineup of incredibly talented directors.”

Danziger split his childhood between Buenos Aires and Hawaii. Raised in a commune in the hills of Honolulu, he walked on fire with Tony Robbins at the age of seven and rarely ever wore shoes or socks until he was 10. After studying film at NYC’s School of Visual Arts, he moved to Barcelona to lead a boutique creative collective, shooting music-driven content for MTV España and Sonar Festival. He then shifted into branded work, shooting some of his first spots for the likes of Beck’s Beer and Motorola. He made his way back to NYC, where he spent seven years directing commercial and music video projects with Humble. Prior to joining Honor Society, he was with Alldayeveryday.

Outside of branded work, Danziger is currently wrapping production on his debut documentary short that peers in on a day in the life of an inspirational Special Olympics gold medalist.