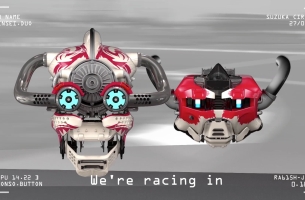 Honda has launched a new social initiative to celebrate McLaren Honda’s return to the Suzuka Circuit for the 2015 F1 Japanese Grand Prix. The campaign was created in collaboration with social and content agency Lost Boys.

The initiative features the Power Unit characters that Honda launched via social channels in March this year. These quirky characters celebrate Honda’s rich racing heritage and pursuit of racing glory. Each Power Unit has its own unique personality, inspired by Honda F1 drivers and engineers of the past.

The characters, which can also be found on the Honda F1 Racing global digital platform created by DigitasLBi, have their own Twitter feeds. Both Power Units regularly tweet updates before, during and after grands prix, reacting to the action in real-time.

Honda announced the appointment of DigitasLBi and Lost Boys to its global digital business for F1 in January this year. The agencies are collaborating with Honda to develop and execute a digital strategy positioning Honda as the brand at the forefront of F1.

Simon Gill, Chief Creative Officer, UK at DigitasLBi said: “Our distinctive Power Unit characters are a refreshing change from the clichés of motorsport marketing and an accessible way to attract new fans while helping them to appreciate the complexities of modern F1 engine technology. The latest phase in the initiative is a way for us to offer thanks and encouragement to the drivers, team and influential supporters.”