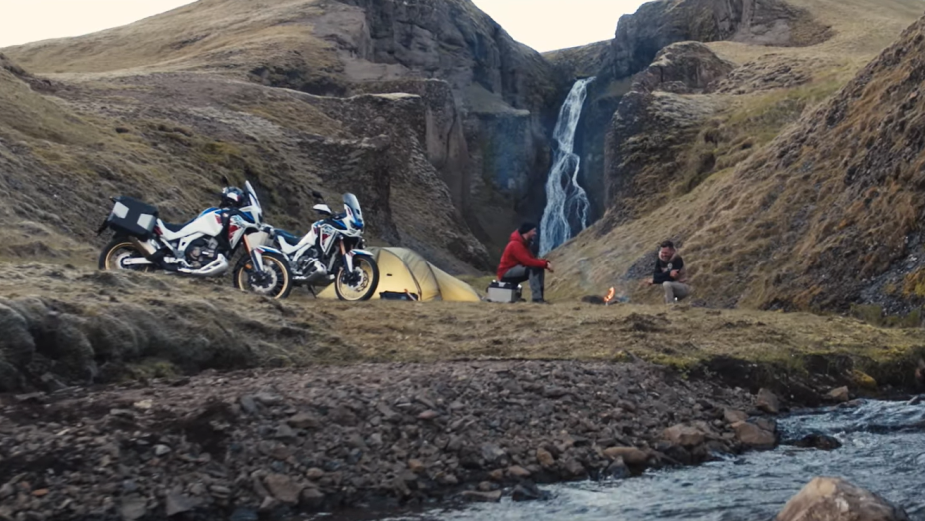 Honda Motorcycles, the world's largest motorcycle manufacturer, has today launched a full 360 pan-European integrated campaign. The new campaign is designed to appeal to a broad demographic of both current riders, and future riders, and will support Honda Motorcycles’ ambition of increasing its market share in Europe. Unlike previous campaigns, the new brand positioning focuses on the experience of the Honda bike rider, rather than the bike itself, a further nod to dreams which is at the heart of the new campaign.

Andrew Saxon Head of European Marketing - Motorcycle division at Honda Motor Europe Ltd said: ‘At Honda Motorcycles, our riders are very much at the heart of our brand. The beauty of a Honda motorcycle is that they facilitate incredible journeys and wonderful memories that stay with us forever, and this has been the case since the very beginnings of the brand back in 1948. In order to create a new brand platform it was critical that we placed our riders at the very core of this campaign.

The campaign launches with a 2 minute hero film celebrating a restless spirit which is rooted all the way back to the origins of Honda Motorcycles'. The emotive brand film was produced by Other Lands and Band Originale, and takes the audience on a powerful journey, paying homage to Honda Motorcycles’ founding engineers who first dared to dream, and showcases Honda Motorcycles as the brand it is today. The film includes a cameo from Honda long-term ambassador and current MotoGP rider Marc Márquez who is the youngest rider to win a MotoGP championship. The cinematic experience begins with the narrator asking ‘what is it that stirs your heart, ignites your passion and spurs you onwards, upwards?’ He answers with ‘it’s your dream.’ The visually bold film showcases the iconic Honda motorcycles riding across remote roads, race tracks, cityscapes and some of the most beautiful scenery in the world, with the motivational voiceover sharing the Honda Motorcycles’ story.

The new brand campaign, building on ‘The Power of Dreams’,  embodies the core emotion associated with the Honda Motorcycles brand, and translates the real reason why humans by nature continue to strive for success, push for innovation, and never question the limits of a motorcycle.

Beto Nahmad, executive creative director at VCCP Madrid added: ‘Honda Motorcycles is a world famous brand, and it's a true honour to be tasked with the responsibility of spearheading its European brand relaunch. Together with VCCP London, ‘The Power of Dreams’ has been a complete joy to work on, and a real embodiment of our attitude as a challenger agency, with an international footprint that delivers world class creative. ‘The Power of Dreams’ encapsulates what Honda Motorcycles is about - a brand which is passionate about its riders and about making dreams come true.’

‘’The Power of Dreams’ will run across key European markets from today for six months. The creative will roll out across owned media, paid digital, social, online and print. It will also be amplified through the subsequent product launches in the coming months. Media has been planned and executed by UM.

The new campaign, created by VCCP, is the first piece of work to run since winning the European business at the end of 2020. The pan-European brief is being run out of VCCP London and VCCP Madrid.