Hometown London Brings the 'World's Greatest Walker' Back for Bupa

Chad Strider is back to build a positive health message 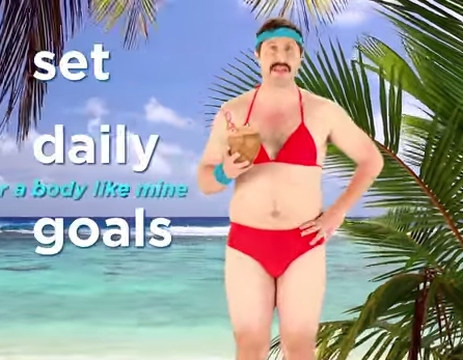 Bupa is launching an international campaign to build a positive health message around its brand.

Created by Hometown London, the campaign sees the return of Chad Strider, the character that previously featured in a Bupa YouTube ‘mockumentary’, ‘Born to Walk’, charting the fortunes of the self-proclaimed ‘world’s greatest walker’.

Hometown’s new work marks a departure from the longer-form ‘Born to Walk’ film series. The campaign features nine, 30-second commercials that have been tailored for individual markets around the world. These markets include India, Poland and Thailand.

The campaign aims to drive downloads and active use of Bupa’s Ground Miles walking app. It will run across mobile channels such as Facebook to remove as many barriers as possible to people downloading the app.

Hometown’s campaign takes a humorous approach to selling the idea of walking and general fitness to Bupa’s audience.

For instance, in the ‘Bikini’ execution Chad is shown wearing a red bikini and urging viewers to ‘walk your way to a perfect bikini body’. The ‘Online Dating’  film promotes the group walking feature of the app, painting the scenario of “walking off into the sunset, or a cheap motel” after meeting the “perfect walking soulmate” on a group walk.

David Gamble, the co-founder and creative director of Hometown, said: “We wanted to create a campaign that could unashamedly sell sell sell. We imagined what Chad would do if he was brought in by Bupa to sell the Ground Miles app. He’d create Chadverts, naturally.”

“We tried to think what Chad would do if he was the writer, director, producer, creative director, and in charge of all post. It’s a balance between making it all look funny bad, rather than just bad bad. It’s harder than we thought, but I like to think we got the balance right.”

The Chad Strider ‘Born to Walk’ online film, also created by Hometown, launched in late 2013 and was viewed over one million times in the first week.