Ninian Doff, Marta Bobic, Meji Alabi and Keith McCarthy will advise the aspiring directors, helping them to create their own professional short film 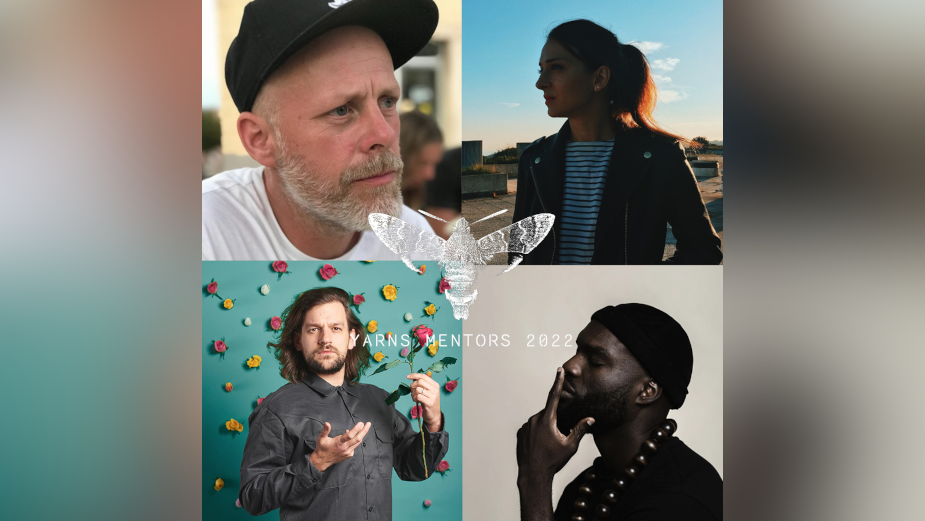 Fresh from announcing this year’s finalists, Yarns has unveiled a stellar line-up of mentors to guide them through the competition.

As with previous editions, each Yarns finalist has been paired with an established director or producer. Their mentor will advise on every aspect of filmmaking, from script development to post-production, helping the finalists create the best possible short film. Having previously worked with some of the biggest names in the business, this year’s array of mentors is one of the best yet.

Homespun co-owner Leo King commented, "We are so excited to reveal our amazing Yarns mentors for this year. Each of them is an industry powerhouse, boasting BAFTA, Cannes Lions, D&AD and British Arrows wins to name a few. We know it’s going to be an amazing experience for our finalists to work alongside them, and we’re sure it will be for our mentors too!”

The mentors for Yarns are:

With a background as creative and director at Channel 4’s award winning agency, 4Creative, Keith’s work combines stunning cinematography with a wry sense of humour. His work for C4’s ‘The Grand National’ struck a chord globally, and recent collaborations include VW, Coca Cola, Nike and Adidas. With wins and nominations at BAFTA, D&AD, British Arrows, Cannes Lions and Creative Circle, Keith will be offering his wisdom to Emma Parkinson on her film ‘Dishes, Dishes, Dishes’.

Keith comments “I am honoured to be a mentor for Yarns again this year. Not only do I get a chance to be involved with one of the few independent and creative short film competitions in the UK, but I also get to learn a few things from the amazing talent that has made it through to this year’s final.”

Managing director at CANADA London, Marta has spent most of the past decade exploring different sides of the production and agency landscape. Before her current role, Marta learned to appreciate the art of filmmaking at both Wieden+Kennedy London and Blink. She joined the CANADA family in 2015, helping to bring their growing roster of directors to British shores.

Marta will be working with Naomi George on her film ‘Fly’ and is “honoured to be a Yarns mentor and help support a talented filmmaker like Naomi realise her vision.” Marta continues “I've always admired the initiative and enjoy watching the films each year. It's such an important and inspiring project for new voices in our industry, and the already high level of craft just keeps getting better each year."

Meji is a London-based director and photographer who bridges the gap between African and Western markets. From music videos and photography to advertising campaigns, he is also a co-founder of Lagos-based creative production company JM Films and signed in the UK to Ridley Scott's RSA Films. Recent work includes working on 2020’s ‘Black is King’ project for Beyoncé and ‘Monster You Made’ for Burna Boy ft. Chris Martin as well as campaigns for Guinness, Oreo, KFC, and more. Working on ‘It’s Not You, It's Me’ alongside Carys Thomas and Thorbjørn Kragh, Meji comments "It's my pleasure to be working with Homespun to help support amazing young talent like Carys and Thor.”

“Yarns is an awesome opportunity for young filmmakers to get their start, and Carys and Thor have really pushed it with their script. I'm excited to be collaborating with two talented directors, and hopefully we’ll see more of these competitions that give filmmakers the opportunity to get their ideas out!”

Ninian is an award-winning director whose body of work spans music videos, commercials and now, feature film. Having worked with some of the biggest names in the business, Ninian is celebrated for his cinematic approach, intertwining comedy with the surreal. Previously winning Music Video Director of the Year at the MVAs for his infamous Run the Jewels promo “Love Again”, he has since created a string of blockbuster commercials for brands such as O2, Cadbury’s and Mars Temptations.

Ninian’s debut feature film ‘Get Duked’ earned the SXSW Jury Prize, and he will be lending his experience to Ash Hamilton and Bex Conyngham-Hynes on their film ‘Dinner at The Smyths’. Ninian states “I’m really excited to be part of this year’s Yarns, it's such a great scheme for new directors. Ash and Bex have written an amazing script and I can’t wait to see what they create. Hopefully I can be of some help!"

As well as the support from their mentors, Yarns sees aspiring directors partner with some of the industry’s foremost talent to create their film. The finalists will benefit from a whole host of experts, including sponsors Kodak and Slingshot Intergalactic, as well as post-production partners Rascal, Freefolk, nineteentwenty and TAG Collective Arts.

Homespun co-owner Tim Hardy states “We’re delighted that our finalists will not only be working with our amazing mentors, but will also be collaborating with some of the best companies in the business. Our partners use their own junior talent to work alongside the finalists, meaning Yarns can give a platform to untapped potential across the industry.” 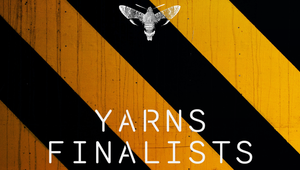 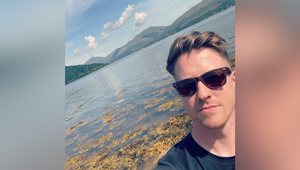