Awards and Events 601 Add to collection 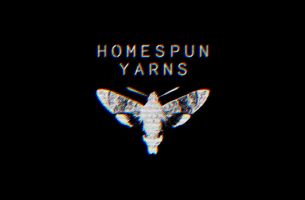 The Homespun Yarns finalists for 2017 are:

Dorothy Pickard – Fragments. Dorothy is a director whose documentaries, fictional shorts and multimedia shows have won prizes including the Guardian Documentary Award and Total Theatre Award.

Ben Fallows & Felix Brady - Winston Daisy.  Ben is a creative currently working at CHI & Partners and Felix is a freelance set designer who also directs and produces all of his own films.

Sam Ainsworth - Agent Ironneck. Sam is a writer/director and a recent graduate of Metropolitan Film School,

Ben Gough - How a Kite Flies. Ben is a freelance advertising creative who has worked at Anomaly, Mother and BETC Paris amongst others.

This year’s brief was ‘Fragments’, the idea being that stories begin as fragments: moments, pictures and experiences that grow, intertwine and develop into fully-formed narratives.

Stock footage company, Pond5, supplied the fragments in the form of eight film clips, carefully selected by Homespun and to be interpreted freely. The task was for entrants to creatively use one or more of the ‘threads’ as a basis for their short film idea.

As ever the four finalists were selected following in-house judging from the entire Homespun team and EP, Alice Clarke is delighted at the overwhelmingly high standard this year, “Another amazing response to the brief, we had so many excellent entries that we decided on four finalists again this year, instead of the planned three.”

Each will now receive £1500 from Homespun as well as production, post-production and editing and support to help make each film a reality. The awards night will take place in October when the final films will be judged by the audience and Homespun’s panel. The overall winning film will also receive a £500 cash prize plus other special prizes soon to be announced.

The Homespun Yarns annual talent-nurturing competition supports up-and-coming filmmakers and young editors by giving them a space to work on creative projects.  It’s open to anyone from school students right through to fully fledged producers and directors.