The films commissioned for 2018 explore the brief, ‘If’ 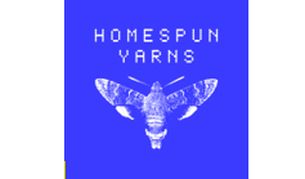 Homespun Yarns announces that the iconic London nightclub, Fabric is the venue for their fifth screening party and their affiliation with charity, End Youth Homelessness, who they will raise money for on the night.

The films commissioned this year explore the brief, ‘If’ and would not be possible without the generous industry support from across the board.

This year the companies who have given us their time, expertise and sponsorship are:  The Panavision Group, Kodak, Wave Music, MPC, Nineteen Twenty, Performance Media Insurance, Slingshot and Sohonet.

The final four films will be screened at the party, judged by the audience on the night and overall winner announced.  The winner will not only receive the adoration of the crowd but a £500 cash prize as well.

This fifth competition is a milestone for the team behind the Homespun Yarns, Alice Clarke, Homespun EP explains why. “We are especially excited this year, we’ve made it to five and now have more industry support than we could have imagined back in 2014. Not only are we creating projects for our junior editors to work on we’re opening this up to more production and post production roles through our collaborators.  It’s rewarding to be a part of young filmmakers, of all backgrounds, coming together at the beginning of their careers.”

The competition screening event has become one of the most important industry nights of the year to spot young directing talent, with previous winners now enjoying huge success.

Last year the winners were directing duo, Felix Brady and Ben Fallows, with their film Winston & Daisy.  Felix has since been signed to Stink for music videos, something that came about as a direct result if the competition.

“Homespun Yarns motivated me and made be believe in myself, as a result I got in front of the right people, says Felix on his recent signing.  ‘I’ve now been signed to Stink on their music video roster and this wouldn’t have happened without the competition.  The experience definitely improved my craft, through the people I got to work with, I built relationships with crew at Wave and Homespun so hopefully we’ll grow together”.

Other Homespun Yarns alumni include, Zak Razvi and Thomas Ralph who both became signed directors as a result of their Yarns films and 2017 finalist, Dorothy Allen-Pickard who’s film The Mess has won her numerous accolades including a silver Young Director Award, Open City Doc, Best UK Short and Vimeo Staff Pick.

In traditional Homespun style the party, on October 18th, will be a night of food, drinks and fun that won’t cost you a penny but with a charity involved for the first time, the team from End Youth Homelessness will be collecting donations on the night.

The initial idea behind Homespun Yarns was to grow talent and this has been proven over the years and moving on from this the Homespun team wanted to do something to help disadvantaged young people.

Nick Connolly, Managing Director of End Youth Homelessness is delighted to be partnering with Homespun Yarns and comments, “This will provide an exciting new platform for us to build awareness and raise the vital funds we need to help vulnerable young people out of desperate situations. Homeless young people have boundless potential to achieve great things.  With your support, we can give them the opportunities they deserve!”