Both Kodak and Panavision are onboard for this fourth competition 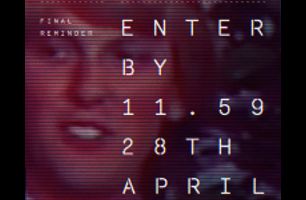 Homespun announces the final call to enter Homespun Yarns 2017.  Entrants have until 11:59pm on 28th April 2017 to submit. Three winning ideas will be shortlisted and Homespun will provide £1,500 funding to make each film a reality, as well as providing complimentary editing and support where needed.

As promised this year really is going to be bigger and better as Homespun are thrilled to confirm both Kodak and Panavision are onboard for this fourth competition.

The prize this year is the something special as the companies are giving the winner the chance to shoot their next project on film.  Kodak are offering the winner 16mm film stock for their next project, plus associated processing and scanning and Panavision are joining in with a 16mm film camera to be used.  The overall winning film will also receive a £500 cash prize plus other, soon to be announced treats.

Stitch Co-Owner and Editor, Tim Hardy is delighted that Homespun Yarn’s is gaining so much support and says: “To get the chance to shoot on film is pretty incredible so a very special prize indeed. It’s amazing to have Kodak and Panavision on board and to be partnering with such prestigious companies”

On top of this Wave Music are involved in Yarns and are providing their fabulous sound design and music for the second year in a row.

This year’s brief is ‘Fragments’.  Stories begin as fragments: moments, pictures and experiences that grow, intertwine and develop into fully-formed narratives. For 2017, Homespun are supplying those fragments as the basis for submissions. In partnership with stock footage company Pond5, they will be providing entrants with eight carefully selected film clips that are starting points that are meant to be interpreted freely. The task for entrants is to creatively interpret one or more of the ‘threads’ as a basis for their short film idea.

The shortlist will be announced in June following in-house judging from the entire Homespun team. The awards night will take place in October when the final three films will be judged by the audience and Homespun’s panel.