Homeless Charity's Super Cute 'Nicoal' Shows That Anyone Can Shine 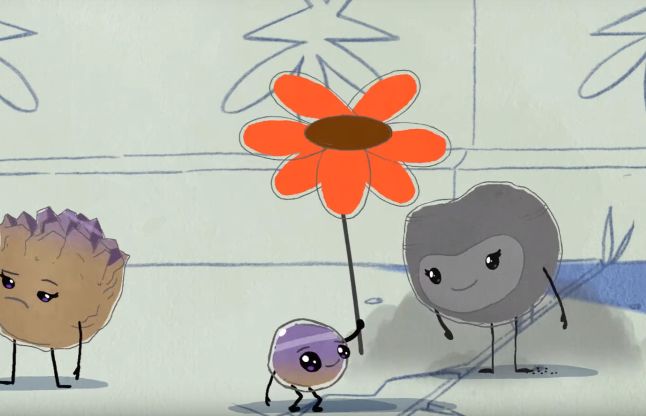 San Diego-based integrated marketing agency, i.d.e.a., is using its creative vision and resources, alongside Father Joe’s Villages’ mission, to reshape how homelessness is perceived. In an effort to help end homelessness and bring awareness to the cause, i.d.e.a. developed an animated short film, Shine, produced by Golden Globe-nominated animation studio, Reel FX, which encompasses everything Father Joe’s Villages has stood for - for over six decades.

“The goal of the film is to provide a window into the struggle of those who are homeless,” said Deacon Jim Vargas, President and CEO of Father Joe’s Villages. “It’s our hope that viewers will see what we see every day: that each person is filled with possibility and light. We hope our community will want to be a part of helping everyone in San Diego shine to their full potential.”

i.d.e.a. sought an animation studio that shared its passion for helping those in need bring the story to life. i.d.e.a. created the storyline for the campaign and teamed up with the creative geniuses at Dallas-based animation studio, Reel FX, whose projects include Golden Globe-nominated The Book of Life, and short films, immersive rides and commercials for Despicable Me and Ice Age, to name a few. The short animated film called Shine, takes place in a world of minerals and gems, and portrays a character who is a piece of coal ignored by passersby and left in the cold and rain. Just when all hope seems to be lost, friendly citizens from Father Joe’s Villages welcome and embrace the coal character, Nicoal, as she turns into a beautiful diamond from the support, love and services she receives from Father Joe’s Villages.

“I wanted to direct the short story because it’s so meaningful,” said Reel FX Creative Director, Barrett Lewis. “I think all creative people hope that their work can contribute to something that makes a difference in the world, and crafting a unique and heartfelt narrative with i.d.e.a. about how Father Joe’s Villages helps solve homelessness was that project for me.” Reel FX Animator Don Dixon agreed stating, “As an artist it is always a pleasure to work on something that not only is artistically charming, but also has a strong message for viewers. I had such a blast helping lead animation and designing the characters, and believe we made something very special. I hope its message is something viewers find moving.”

i.d.e.a.’s Founder and Chief Relationships Officer, Jon Bailey continued, “Like most people, we are deeply troubled by the rising homeless issues in San Diego and across the U.S. When we were introduced to the team at Father Joe’s Villages and learned about their incredible mission and vision, we felt an instant emotional connection and desire to help them tell their story as widely as possible. As a B Corporation, it’s in our corporate DNA to help our community and its residents, and we are truly honoured to provide our talents to a project with such heart and positive outcomes.”