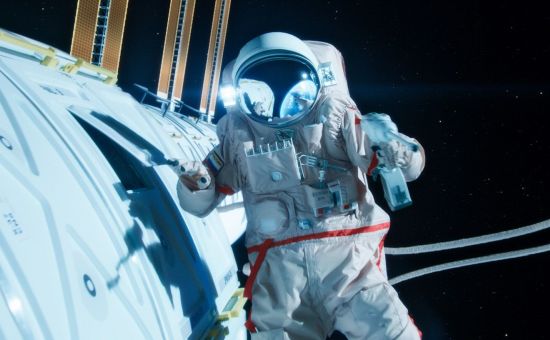 This new ad from Volgograd-based agency TutkovBudkov is out to provethat there really is no place like home. They’ve teamed up with director IlyaNaishuller and Russian rockstar Sergey Shnurov to create an ad for Terem, aRussian manufacturer of pre-fabricated houses.

“By contrasting the world 'outside a home' — ruthless, unforgiving, anddangerous — with the world 'inside a home' which is cozy and warm, we provedthat there is nothing more important than a home you can call your own,” saidthe team at TutkovBudkov. “In order to effectively showcase the contrast, wecontracted Ilya Naishuller, a young visionary director behind some of theworld's boldest and most innovative music videos and films, so that he wouldcreate the world 'without a home'.”

Meanwhile, Sergey Shnurov was brought on board too. He’s a musician andactor, and, as a member of ska-punk band Leningrad, it’s not the first time he’scollaborated with Ilya. Their infamous circus-set music video Kolshik was shotby Ilya.

According to the agency, Sergey helped bring home the message. “As forthe 'home' part, we cast the most down-to-earth media person in Russia, a punkrocker turned glamour superstar, Sergey Shnurov. To use his own words, 'I'vebeen touring for the past two decades, so I would know a thing or two aboutimportance of home'.

Terem. It's Time to Go Home from TUTKOVBUDKOV on Vimeo.

“Because in the end, for every exhausted rock star, astronaut, or atruck driver, it really comes down to one simple thing — 'Oh boy, isn't it thetime to go home'.”