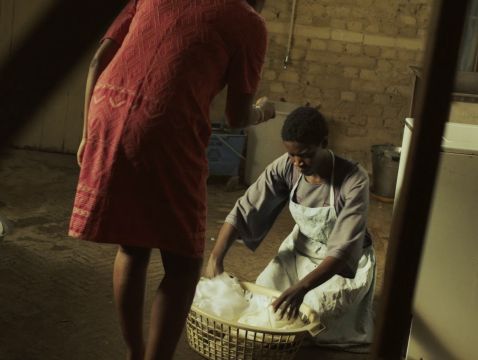 The Home Office has launched a major new advertising campaign to raise awareness of the existence of modern slavery in the United Kingdom.

The “Modern Slavery” campaign, which will run across TV, digital, and press, has been created by Rainey Kelly Campbell Roalfe/Y&R.

The aim of the campaign is to show that slavery is not just a problem in poorer countries but can be found right across the UK in cities, towns and the countryside. The campaign also encourages reporting to a new dedicated helpline and website.

The TV ad shows harrowing incidents of slavery, including a vulnerable young woman working in a brothel, which at first appear to be taking place in a poverty-stricken part of the world but are later revealed to be in Britain.

The endline is: “Slavery is closer than you think” and the advert invites viewers to call the helpline and visit the dedicated website modernslavery.co.uk to find out more about how to spot signs of modern slavery or to report it.

The campaign will break on TV in England, Scotland, Wales and Northern Ireland on Thursday, July 31st.

The Home Office published the Modern Slavery Bill, an historic bill to address slavery and human trafficking in the 21st century, earlier this month.

Lucy Jewitt, the Home Office’s Head of Communications said: “Modern slavery is a crime that is as hidden as it is heinous.  Public awareness and understanding of its existence in the UK is low and our objective is to change this and increase reporting.  Action can then be taken to support victims and prosecute perpetrators.

The challenge for this campaign has been to communicate a complex problem, affecting many sectors of the economy and types of victims, in a simple and engaging way.  By depicting scenes of domestic, agricultural and sex slavery, the adverts show prevalent types of slavery and a range of victims and perpetrators, as well as portraying the devastating impact on victims’ lives.

Viewers are encouraged to ‘Help free the UK from Modern Slavery’ by contacting a new helpline and website where they can seek help, report concerns or find out more about slavery in the UK, including signs to look out for.”