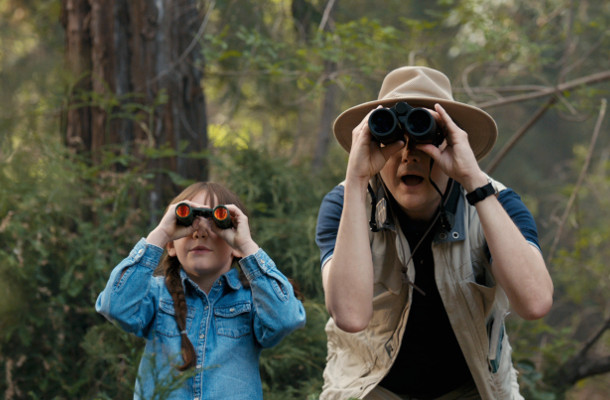 ‘Breakfast Watchers’, a new TV and online spot created by Droga5 New York, was unveiled on Monday, April 2nd to promote IHOP’s limited edition King’s Hawaiian French Toast, which will be available in stores nationwide in four delectable combo varieties: Original, Cinnamon, Strawberry & Banana and Croque Madame.
The spot was shot by actor, comedian, musician, writer and director, Eric Wareheim, who is one half of the comedy duo Tim & Eric. It was produced by production company, Prettybird.
The film opens on a picturesque scene of a wholesome father and daughter in the middle of a forest, bird watching. Or so we think. As the story unfolds, we realize that it’s not birds they’re spying through binoculars, but breakfast - and specifically pancakes. We watch as they enthusiastically discover IHOP’s blueberry pancakes and original buttermilk pancakes. The daughter then scans the forest and is shocked to find a new and exotic-looking breakfast item as she exclaims, “Holy pancakes! Look at that pancake, dad!” They’re immediately corrected by a rugged Breakfast Hunter whose been in full camouflage next to them the whole time. One can only venture to guess how long he’s been tracking this dish as he explains to them that they have, in fact, discovered the new King’s Hawaiian French Toast Combo from IHOP. He hands the little girl his “forkbow” as he proceeds to sprint towards this rare and delicious dish to capture it with his bare hands.
The 30-second and 15-second cuts of the 'Breakfast Watchers' spot will run on TV nationwide, while the long-form will run online and across social channels. The campaign will be further supported through radio, digital and social media activations that echo the commercial’s irreverent and eccentric tone and reinforce the theme of rarity. This includes a social video series teaching viewers how to perfect their ‘breakfast calls’ to ensure they’re able to find the new King’s Hawaiian French Toast.
view more - Creative