Trends and Insight 114 Add to collection 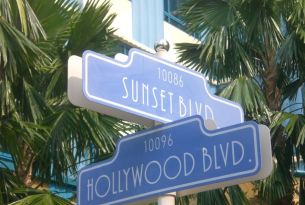 What does the British Advertising Industry have in common with Hollywood? Well apart from it being the destination of choice for our ambitious UK campaign directors, it would also seem that the exchange of talent and ideas is two-way across the pond.

This week I have been hanging out with the cream of Hollywood Music Supervisors and quite a few from the UK too. (Great fun – thank you to Metropolis Studios for creating this opportunity to share ideas). So interesting to hear the perspective from others in the industry of what is working and what is not. Strangely, I have also been getting a stream of unsolicited complaints and rants from UK rights owners. Over the last year or two they say they are increasingly doing almost all the background research for aspiring Music Supervisors, appointed in good faith by agencies, who don’t understand the scope of what needs to be cleared. When I asked why they do this, the Rights Owners say it is to ensure their track stays on the table.

Some years ago the Hollywood Film Music Supervisors (a very respected group) had the same problem – clearing up the mess made by inexperienced people coming into the space. These were the people ‘straight out of college with a media degree’, or ‘ex A&R’, or worse, ‘have a great music collection’. They set themselves up as Music Supervisors because they thought, ‘how difficult can it be to put music to picture?’ Whilst they may have been great at the creative, their knowledge of the legalities required to clear music for film proved minimal, with the film producers learning the hard way.

Tracks were being pulled because the paper trail was a mess or misrepresentations had been made. It was becoming too expensive and too often to ignore. The reality was that this ‘nephew/friend of the director’ approach to music supervision was costing Hollywood a lot of money and worse, litigation.

So 10 years ago, when this way of working had become untenable, the Music Supervisors got together with the TV and Film Academies and drew up a list of requirements that were an essential to become a Music Supervisor. Pretty soon Advertisers added their own list of demands followed by games and digital. And in time they formed a recognised Guild.

It wasn’t easy to get off the ground. A lot of people resisted recognising that Music Supervision is a skill that takes time to learn and that there is a big difference between having a creative idea and the know how to execute it. (Bizarrely, the Hairdressers Union objected on the grounds that too many people were already included in the credits!)

And of course when they had to confront the culture of ‘jobs for financial favours’ – some people really didn’t want that practice to be either discovered or stopped!

The US Guild now wants to help set up a UK equivalent. The intention is an official body that would ‘kite mark’ standards. Any professional Music Supervisor should pass with flying colours. It would mean that when an agency took on a Guild member they would have the assurance that he or she was a recognised expert. They would be confident that the Supervisor would make the music search and procurement process less stressful, legally seamless and actually save them money. I told my new friends – you have got my vote!

Anyone out there want to help?