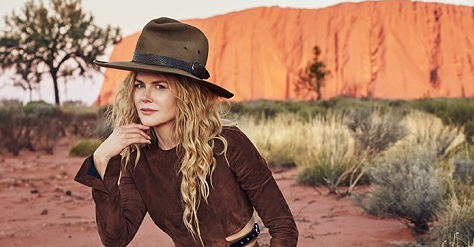 Vogue Australia’s September issue went on sale today featuring Nicole Kidman photographed at Uluru, one of Australia's most iconic landmarks. Just like the Royal visit last year, which saw a spike in enquiries and booking for Voyages and Longitude 131, Tourism Australia is hoping local operators will benefit form global exposure.

Tourism Australia managing director, John O’Sullivan, said the images and video footage they’d been given as part of assisting with the fashion shoot would be used internationally to inspire more visits to the Red Centre and to Uluru.

“The Vogue Australia images are stunning and, just like those amazing shots last year of the young Royal couple enjoying Uluru, will be viewed by millions across the globe. It’s fabulous exposure for our country and great inspiration for a holiday to this most special of places,” he said.

The images and behind the scenes footage showing Nicole Kidman exploring the striking scenery of Australia's Red Centre will be shared globally on Tourism Australia's social media platforms this week, including Facebook, Twitter, Instagram and Google +, which together have a combined fan base of around 10 million followers.

Nicole Kidman said of the World Heritage listed Uluru, “I’m enraptured by it. I’ve always been drawn to the landscape, and I do think there’s something… the energy and the light… it’s just a very, very magical, special place.”

Voyages Indigenous Tourism Australia is one of the operators that Tourism Australia believes will benefit from the global exposure, with Nicole and her family staying at their Sails in the Desert resort during their time at Uluru.

“It was indeed an honour to have Nicole, her family and the entire Vogue crew stay with us at Sails in the Desert,” said Voyages Executive General Manager Sales, Marketing and Distribution Ray Stone. “The last few years have seen a complete rejuvenation of Ayers Rock Resort and for Vogue and Nicole to choose our destination is a great endorsement of all that we have achieved," he said.

Vogue Australia’s September issue will be on sale in Australia and be available internationally on iTunes and Google Play from Monday 10 August 2015.

The issue includes a fashion spread with the unmistakable backdrop of the Northern Territory's Red Centre, as well as a five-page travel feature that provides information on where to stay, what to do and how to reach Uluru - also detailing Vogue's recommended tourism experiences to partake in to learn about the local culture.