Cars hidden in London, Manchester & Bristol up for grabs 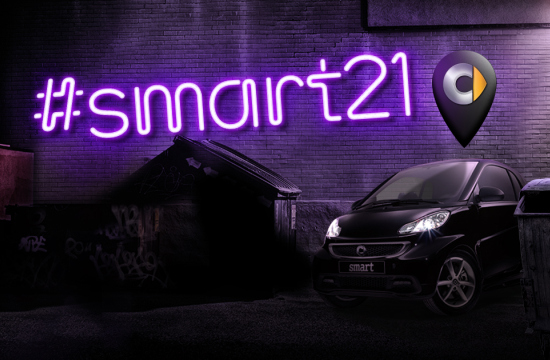 smart cars hidden in Manchester, Bristol and London are up for grabs in a real-time treasure hunt, as part of a new interactive online and social media campaign for the brand’s edition21 model.

Clues will be released daily hinting at the location of the hidden smart cars, and will be shared on the smart social media channels as well as via key blog, Twitter and Instagram influencers using the campaign hashtag: #smart21.

smart is leveraging relationships with key influencers who will write their own city guides, which will take the form of blog posts, to be shared with smart fans. Influencers have also been given the opportunity to take part in the city tour, documenting their smart road trip and key spots they visit.

Fans have the chance to sign up to the microsite (www.smart21.co.uk) where they can drop a pin on a map where they think the car is hidden. They are then automatically entered into a draw to win a daily prize relevant to each city as well as being part of the overall prize draw to win a smart car for two months.

The activity targets a younger audience, aged between 21 and 30, and is supported by a communications plan to create online buzz around the game, drive traffic to the microsite and engage people across the smart social platforms.

The theme of the campaign is ‘21’ (tying in with smart edition21), so the activity will be launched for 21 days, with 21 locations and 21 prizes. The ‘21’ thread will also be featured in the daily prizes offered to smart fans.