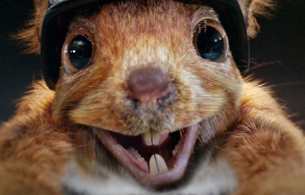 The purpose of the spot, which closes with the end line, “Join the race!”, underscores Opel Motorsport’s ambition to encourage anyone to become a racing driver (even animals) and sign up to their network of racers - thus inspiring the universally charming concept devised by Creative Director Willy Kaussen and the team at Scholz & Friends.

Though the animal friends won’t be able to take part in the annual Opel Rallye Academy themselves, any human motorsport fan can slide in behind the wheel of an Opel race car and have a chance to qualify for the ADAC Opel Adam Cup. The launch of the ad is synced accordingly to Opel winning the FIA European Rally Championships with its junior Team two weeks ago, giving the brand plenty of time to promote the next tournament, encouraging the masses to take to the wheel.

The animal concept was then innovatively brought to life by The Mill’s animation team, who worked closely with Kaussen to make these characters look highly realistic, pushing the boundaries of fur simulation whilst also paying testament to the original character animation design, keeping humour at the forefront.

Mill+ Director Jimmy Kiddell comments, ‘Working with Scholz & friends was brilliant, particularly working with Creative Director Willy Kaussen; a great brainstorming companion and guide. This, teamed with a funny, inspiring concept from such a collaborative agency allowed plenty of room to develop the idea with a streamlined team of our best animators, lighting renderers modelers and compositors.

Believing that the job’s success relied on pushing the physical comedy performances, we were keen to develop a small number of animal characters, building each with a distinct personality. From an extremely lazy pig with a fondness for being tickled, to a big easy rider orangutan, a high energy adrenalin junkie of a squirrel, a novice skydiving toad and an extremely vain lion always looking out for a hair-styling opportunity; the contagious energy of these playful characters brings to life Opel Motorsport racing,”

Lead 2D Artist Peter Hodsman explains, ‘Our goal from a 2D perspective was to ensure that every shot was built and styled in such a way to primarily enhance the storytelling, whilst simultaneously creating visually engaging images.

We worked closely with The Mill’s 3D team, lead by Dan Moller, refining all elements especially the lighting to maximize the theatrical nature of our crazy animal world. This project was a rare treat to work on. Colourful, bold and fun.’

Mill Head of Colour Seamus O’Kane explains, ‘The opportunity to help build the environmental reality around such a magnificent cast and to bring forth their intensity and personality, was both great fun and highly rewarding.

The meticulous character builds and animation were snuggled into a world of sheen and shadow which bursts into comic reality, cool driving and beautiful landscapes. All of us helped develop the grade through to the final iteration and Jimmy directed with such enthusiasm that we couldn't help but be carried along on this delightful journey.’