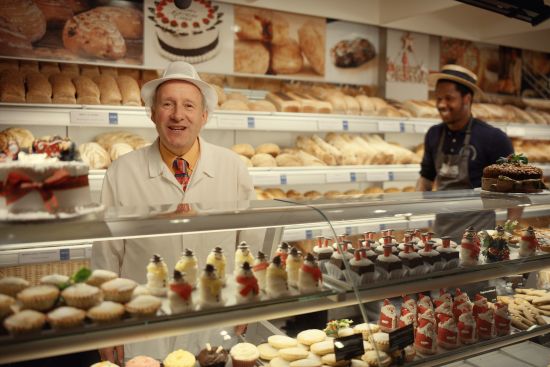 Visa has launched its debut UK Christmas TV advert, made together with Saatchi & Saatchi London, turning the spotlight on the real shopkeepers who are the heroes of Britain’s high streets.

Visa's Christmas TV advert features nine real shopkeepers - including a butcher, baker, bookseller and a florist - singing along to Mariah Carey’s All I Want For Christmas Is You and inviting the nation to visit the high street this Christmas.

The campaign will also celebrate 100 independent retailers nationwide with personalised adverts on billboards in prime local locations and geo-targeted ads on social media - spotlighting their businesses in the run-up to Christmas.

Visa is switching the focus of the traditional format of a Christmas marketing campaign, from what people are buying or who they are buying for - to where they are buying, encouraging shoppers to support their high streets and local communities this year.

Adrian Farina, senior vice president of marketing for Europe at Visa commented: “We know high streets up and down the country are a special place for communities to come together – especially at Christmas time. As payments technology continues to evolve, Visa has an ongoing commitment to high streets and to its merchants and consumers looking to engage in seamless and secure commerce.

“The festive season is critically important for shopkeepers nationwide, many of whom will have prepared months in advance. Through our Christmas campaign, we are celebrating the UK’s independent retailers by presenting a message from the high street directly to the nation. Working with the shopkeepers that feature in our campaign – we are encouraging the nation to visit the high street this Christmas and celebrate the independent retailers that make them special.”

Fifth generation baker Christopher Freeman from Dunn’s Bakery, Crouch End, who appears in the advert said: “I’m not much of a singer but the whole team got behind me and it was a great experience! We can’t thank Visa enough for choosing us to be part of the campaign, and it’s fantastic to see them giving back to independent retailers, and supporting the high street at Christmas.”

Kate Stanners, global chief creative officer, Saatchi & Saatchi added: “This Christmas, Visa are throwing their support behind the British high street, and all the wonderful small businesses that create character in our towns. It’s been an amazing project to coordinate creatively - we’ve been so lucky to involve so many different shopkeepers who would usually go under the radar. And you can’t get into the Christmas spirit until you’ve heard Mariah Carey!”

Directed by Chris Palmer, the festive and heart-warming advert, invites the nation to support their high street and independent retailers this Christmas.

The full above the line campaign spans TV with 60- and 30-second edits that will air during prime time TV slots, as well as on cinema and online. The campaign will also encompass outdoor and social media.