Head of creative at M&C Saatchi Sport & Entertainment North America, Nicholas Rotondi, chooses five recent projects that he has been inspired by due to their unique creativity 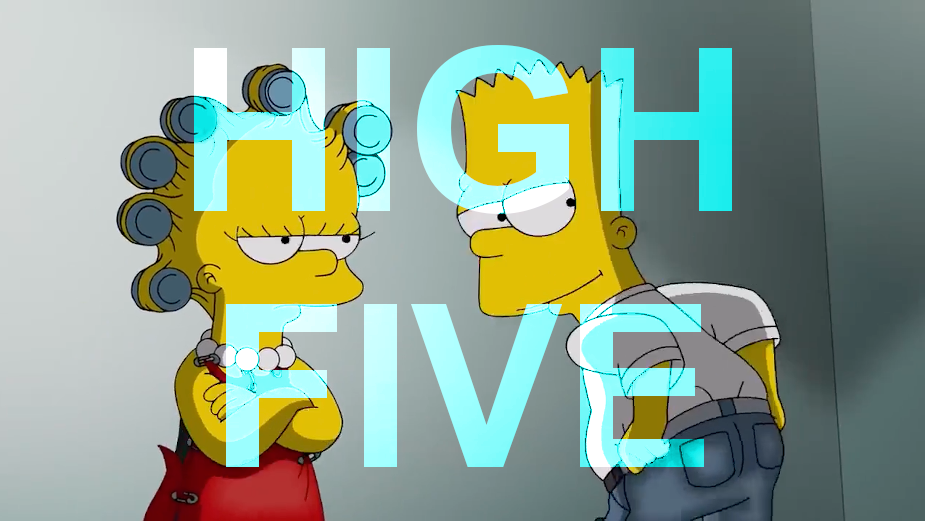 Hello all! Please allow myself to introduce...myself. My name is Nicholas Rotondi and I am the creative director at M&C Saatchi Sport & Entertainment, North America. A little bit about us: we prioritise an earned approach to creativity in marketing over a paid one. We operate our studio inclusively, inviting employees of any focus, level and professional background to participate in the creative process. We don’t call anyone a 'creative' because we believe everyone is capable of creativity. Our approach is channel-agnostic and narrative-first - the medium should suit the story, and never the other way around, so we’re constructed to operate across any format (film, photo, print, experiential, etc). Before I share, I want to provide a bit of a disclaimer: while I love a good marketing campaign case study, I’m constantly encouraging our team to seek inspiration outside of our immediate realm. A great campaign offers a fantastic blueprint for how to leverage the insight / idea construct. However, it’s my opinion that by opening our aperture we set ourselves up to generate ideas that are truly original within the marketing space - for example, a banana taped to a wall, inspiring the world’s most expensive artwork built out of real college diplomas. Below are not necessarily examples of great marketing (although some are) but great creativity that I think / hope might inspire some great marketing. Let’s do this!

Getting our own company's case study out of the way first. The brief was to develop a non-content-based launch campaign for Reebok Basketball in 2021 that built on the 'CrateMaster' film, directed by Kerby Jean-Raymond, about basketball in communities that don’t have basketball courts. To promote their 2021 product while helping them reposition their basketball communications towards a more 'neighbourhood' approach, we created 'Courting Greatness' - a community initiative that celebrates prospective players through empowering imagination. The initiative is centred around a digital application that uses AR technology to map out the exact dimensions of a basketball court on any surface, facilitating the creation of playing space anywhere on the planet. Perhaps your local park is always too crowded, or perhaps it doesn’t exist, but through this digital tool any empty wall, telephone pole, fence or vacant lot can become a basketball court. This campaign involved zero traditional content - just a dedicated microsite featuring an AR tool that empowered our consumer creatively.

Agency, Production & Post: Andre Bato Films
Music: Jean Sound Design Studio
Ok, bear with me on this one...I apologise in advance as the content is a bit explicit, but if we look past that, I believe it to be one of the most brilliant innovations in film in recent history. Viewed on five separate screens placed horizontally adjacent to each other, 'Good Morning' plays out from right to left, following its pro(an?)tagonist as they make their way on a drug-fuelled bender across LA. However, as the main character leaves one environment and thus moves onto the next screen to the left, the previous screen stays with the environment left behind, showing what happens to supporting characters after the immediate narrative departs from them. The result is a storytelling experience in which characters that are generally forgotten about are treated as the humans they are, each with their own lives, their own set of problems and their own narrative - as if each could be the function of their own film. A while ago, Honda released a commercial for a new Civic Type-R model that was meant to be simultaneously 'cool' and 'family-oriented'. The narrative was brought to life via a YouTube film that delivered two stories - one, a parent picking up their kids from school, and the other, a wheelman picking up crooks from a bank robbery (he turns out to be an undercover cop, hooray good guys). The crazy bit was that you would flip between the narratives by pressing a 'R' on your keyboard, and they were shot identically from a cinematography perspective so that they mirrored each other exactly - the robbers getting into the car after robbing the bank at the same time as the kids get into the car after a day at school. All this is to say, like that car commercial, 'Good Morning' presents a brilliant opportunity to consider how the medium of film can evolve. Does a piece of advertising content need to live on one screen, or one digital billboard? Or can the ad develop across multiple screens, each utilised as a means to deliver on a different narrative or key message about the product / brand? If you’d like to watch, keep an eye on the site below for the digital release in the coming weeks.

Agency: In-house at Balenciaga
Production, Post & Music: Gracie Films
I mean, come on. Sometimes, the best ideas are so simple and right in front of your face. For its Spring / Summer 2022, Balenciaga didn’t create a standard fashion show, but rather introduced its collection via an original episode of 'The Simpsons'. *chefs kiss*. I’m personally not a fan of Demna, considering the controversy that surrounds him, but I’ll begrudgingly give him a bit of creative credit here. There are a few things going on here that I love. Firstly, there’s a certain boldness to not actually showing your product in real life at what is typically meant to be a trade-focused event for buyers. That can be done via studio appointments etc. Brands can get so obsessed or scared with the idea of not punching consumers in the face with whatever they’re trying to sell - but a good stunt will generate even more buzz and lust for product that folks haven’t even seen yet, as well as encourage deeper brand alignment. Secondly, it’s a testament to the fact that this new pandemic-conscious fashion week creativity isn’t going anywhere. When the pandemic hit, designers couldn’t show their collections in person - what resulted was the most interesting fashion week in years with creative directors forced to rethink medium while simultaneously being freed / unleashed from the catwalk. There were shows in fields, shows in forests, shows in boxes etc. Glad to see that everyone isn’t just returning to the old paradigms here.

Agency & Creator: Hwang Dong-hyuk
Production & Post: Netflix
Music: Jung Jae-il
OK I’m cheating because this was not created in my market, but that makes the impact it’s had in my market all the more impressive. Timeliness is (obviously) a lynchpin of good marketing. Well, 'Squid Game' - a pretty scathing commentary on capitalism and classism - came out at a time when our economic structure has never been more under fire in North America, after the world watched billionaires like Bezos and Musk line their pockets during a pandemic while many small business owners went deep into debt trying to keep their businesses alive (my mother included). Not to mention the countless reality shows we have like 'Wipeout', where individuals are quite literally risking their health for a potential payout while we watch laughing. One could even view 'Squid Game' as a commentary on the NFL...*paranoid look over shoulder*. What has resulted of this timeliness is a sensation that went viral over a single weekend - a subtitled hit in a country notoriously reticent to cross the 'one-inch tall barrier of subtitles'. I would also be remiss not to mention that it is an absolutely stunning piece of creative work - cinematographically gorgeous, fantastically acted, insane set design and successfully vacillates between laugh-out-loud hilarious and devastatingly emotional. A must-watch for any creative director, director or filmmaker. 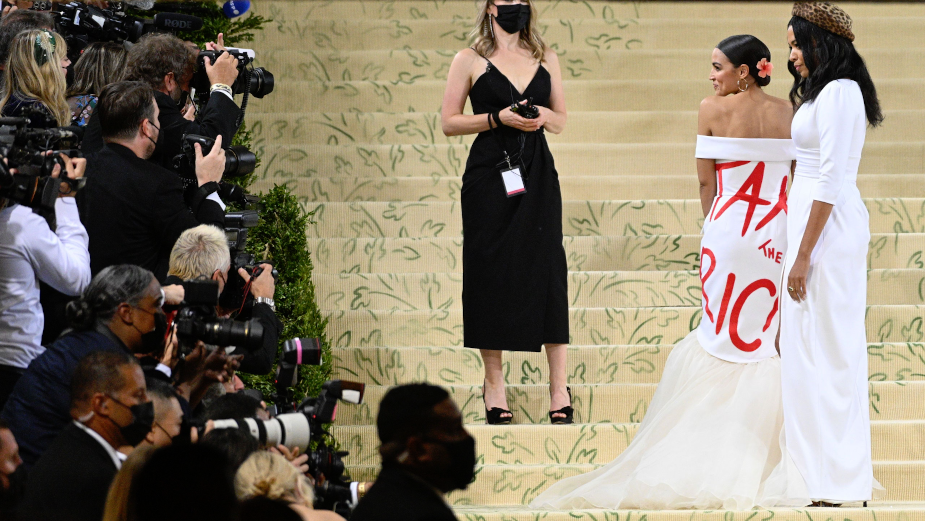 Before I go, I want to include a campaign that I’m not sure whether was a success or a failure, but was extremely polarising. I think it’s a wonderful moment to invite some introspection for us as marketers. Now, please allow me to say that I am a huge proponent of cause-related / social impact marketing. I’m also very much a supporter of the message / sentiment Alexandria Ocasio-Cortez’s dress delivered - the taxation system in the U.S. is extremely flawed. However, with marketing, we often get caught up in the idea of 'generating awareness' to the point where we spend hundreds / thousands / millions of dollars doing so, when the money could just go straight to the cause itself. Which begs the question: are we actually out to support the social cause we’re speaking on, or are we marketing to sell our own product? What was Ocasio-Cortez’s motivation here - to deliver commentary on the event or to generate a PR firestorm that might support her re-election? Would the $30k+ spent on her seat at the event have been better off going straight to New Yorkers in her district who are currently worried about how to stay in their homes when the rent moratorium ends in January 2022? Do the challenges of social class even need more 'awareness'? Or do they just need cold hard cash? I don’t know the answer...but I value the conversation it creates. One thought: if you’re anti-dress, how do you feel about the movie 'Parasite'? It put classism at the forefront of culture...but it also cost $11million to make and raked in $259million worldwide for the studio that produced it. Here at M&C Saatchi, we prioritise generating positive change - for our client, but also for the world. In my opinion, an effective impact on the latter will generate the former; a positive social impact will result in consumer alignment with the brand. Where do you net out on this campaign and on cause-related marketing?
view more - High Five 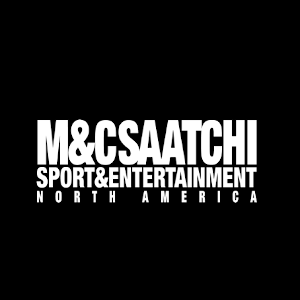 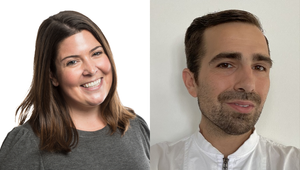 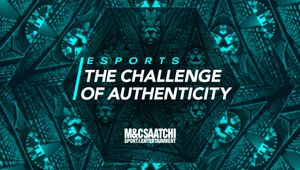 How to Play the Game: Esports and the Challenge of Authenticity for Brands 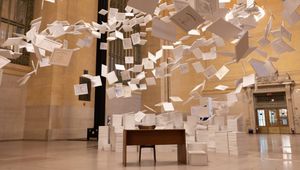 Behind the Work: Why a Beer Brand Made the Da Vinci of Debt 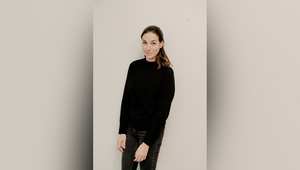 Save Broadcasters For TV — For Many Brands, The Most Effective Influencers Are The Viewers At Home
View all News 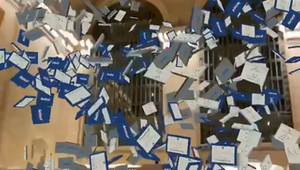 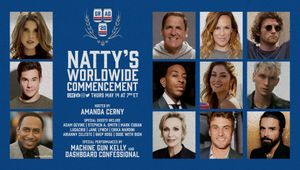