Coming from a background of multiple award wins, ranking in the world’s top twenty ECDs three times and featuring in a catalogue of advertising publications, regional ECD at MullenLowe MENA, Paul Banham, is beyond qualified to share his opinion on the top five pieces of work from UAE over the last few months... 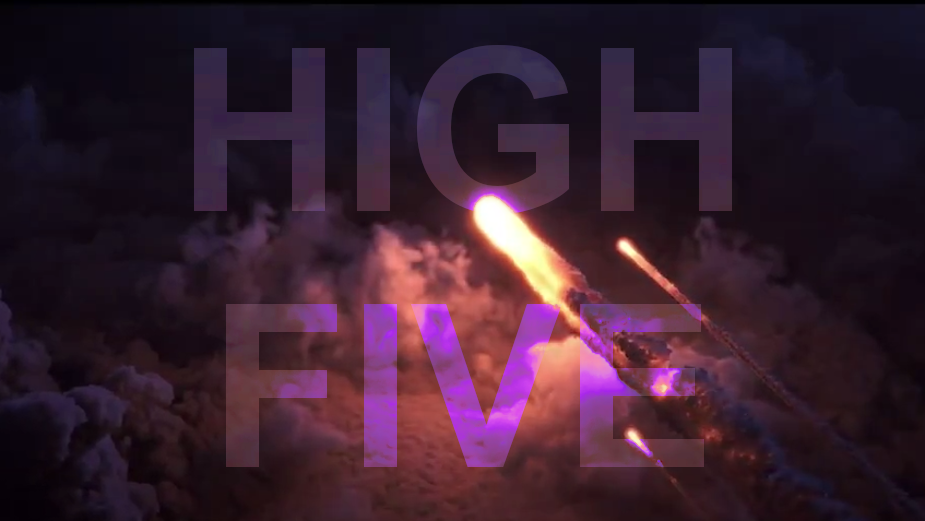 Random thought (sorry, that’s the way my brain works), where did the 'high five' originate? Well, according to the intergalactic worldwide interweb of things, it all started as a low five circa-1920 in African American culture, although Magic Johnson once suggested he’d invented the high five at Michigan State #ThingsYouWishedYou’dSeen. Others have suggested it originated at the women's volleyball circuit in the 1960s...so quite frankly, who knows? Do your own research if you like, but the more pertinent question is this – what deserves a little creative hand slappery for this round of LBB's UAE High Five? To be honest, it wasn't easy to find five, but the below are all worthy contenders for Covid-appropriate air fives, methinks...

Agency: FP7 McCann Dubai
Let's start off with a little humour – still the most powerful of all the advertising techniques. Why? Well, for no other reason than the fact that we all like a laugh and humour is still the fastest way for a brand to create a positive connection with a consumer. Hungry for more? Well, then these tasty little radio spots for McDonald's will undoubtedly hit the spot. Bottom line, we've all had a crappy year so thank God it's now officially time to take the mick out of it. These 30-seconders are timely, exceptionally well-written and equally well-crafted / sung / executed. In short, they're the perfect antidote to a crap year and a long tailback on the Sheikh Zayed Road. High fives all round to the team involved.

Agency: Impact BBDO
Now some would say that maybe we advertising types should stop trying to save the world and get back to what we used to do best – selling stuff. But this piece of work strikes a nice balance. Although it's not trying to sell stuff specifically, it is trying to do good in the right way. The idea has genuine ambition, plus the potential to be scaled. On 2nd April - World Autism Awareness Day - Impact BBDO collaborated with Etisalat to launch Etisalat Wider Web in order to grant better access to the web to autistic people. The project consists of a browser extension that users can activate to navigate the web in an autistic-friendly way. It aims to achieve a global redesign of the web experience and represents a world-first product of this kind. The extension allows users to reorganise information and change colour modes and fonts on web pages. Now - and apologies, I just didn't have the time to try this out - it’s a rather lovely thought that deserves much respect for attempting to provide something that is genuinely useful / helpful. Bravo.

Agency: TBWA\RAAD
Is this a high five, a low five or a four out of five? I can't quite decide. But here's why I like it. It’s beautifully shot and certainly captures attention, plus it's real work for a big brand that's not at all dull. It’s also absolutely nothing like most forgettable car commercials that I have seen recently, which is a big step for car-kind as far as I'm concerned. And let's face facts, for the last 20 years or so, car advertising has for the most part become incredibly dull and formulaic. That aside, a car key made out of meteorite! Pretty cool, right? And certainly a great consumer conversation starter. Maybe I'm just a little jaded from all the space stuff I've seen recently; after all, it has been a year full of it with First Arabic Count Down (super-nice work), Martian Ink-printed passport stamps (equally very lovely stuff) and Double Moon sightings, which brings me to my next piece of work in a rather orderly fashion...

Agency: MullenLowe MENA
Undoubtedly my favourite of all the recent interplanetary creative explorations - although I'm a little more vested in this one personally - here's why I'd give this a double high five. The ambition of the idea was huge. Nobody expected to pull it off. But hard work and perseverance won out. And this campaign has the hallmarks of great campaigns from yesteryear (think Bentley Burial) as it set out not to just sell or advertise but to excite and intrigue (the second most powerful of the advertising techniques in my opinion), which it did rather sublimely. And once it had captured the attention of the entire internet, it cleverly created the perfect opportunity for the team behind it to flip the message and direct millions of people’s attention exactly where they wanted them to be / look: planet Mars and the arrival of the UAE Hope Probe.

Agency: Ghost Ads Egypt
Finally (and this one's all Egyptian to me but thanks to my in-house Egyptian CD superstars for helping me translate), Danone wanted to communicate how the new wider and deeper yoghurt cups extend the fun. Ghost Ads in Egypt came up with a simple idea – the new yoghurt cups leave more room for your spoon. Given the current climate and the increased irritability parents face with their children, Danone and Ghost Ads released a light-hearted film showing two brothers competing in a yoghurt cup drumming duel. Instead of expressing his anger at all the noise, the father dances his way in and breaks into song. It's cool how Danone communicated a larger size in a fun and engaging way, all while giving us a different perspective on the strict Egyptian father.
view more - High Five