Creative director at UltraSuperNew in Tokyo, Jinshi Itomi, shares five Japanese projects that have inspired him in all manner of different ways... 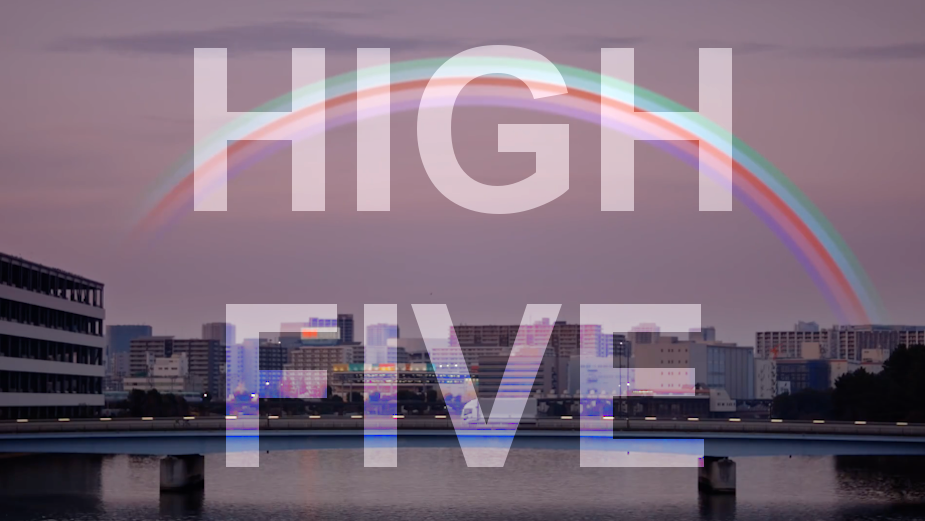 Jinshi Itomi, creative director at UltraSuperNew in Tokyo, started his career in creativity after discovering design. He worked at major Tokyo agencies before arriving at the independent creative network, and as creative director, he oversees a wide range of creative output in all disciplines, such as video, digital, spatial production, packaging and CI. Here, he shares five Japanese projects that have inspired him in all manner of different ways...

Otsuka Pharmaceutical's Pocari Sweat - 'But I Still Saw You'

Agency: Dentsu Inc.
The concept behind this ad is that sometimes being yourself and running in a different direction than all the others can be scary, but also exciting at the same time. And with a friend running by your side, you become even more brave. The first spring that started 2021 - let’s reach for it, we can reach it. The wind against you will eventually turn to push you forward.
This is a beverage with a long history, and one that every Japanese person has probably drunk before. In order to refresh the brand image, high school students have recently become the main target group. A few years ago, advertising to the younger generation was required to be 'real' and 'surprising', so up until now it was a large scale dance commercial with a hundred actual high school students. But this time, they updated it to a combination of reality and fantasy. No CG was used for this and it was astonishing work. They actually made the floor wave and the doors look distorted to the camera. The film fantastically depicts daily school life, and connections with classmates.

Agency: Dentsu Inc.
The message behind the ad is 'affirmation of change', both personal and in era. That 'cool' has been created by the willingness of someone to change. The desire and actions to change will create the new 'cool' for the next era. It’s a brand movie that wishes to support all those who want to change, to become cooler. The ad starts off by introducing how destiny was created by Beethoven, tragedy was created by Shakespeare, and then asks: "then who created cool?". As he runs, he explains how it’s not just the models or the famous fashion designers who dictate what is cool, it’s the one who wore jeans - working people’s clothing - in the city for the first time; it’s the one who, to express himself, dyed his hair for the first time; it’s these people that created 'coolness'. Then, he explains how the desire to change, to become cool, is the power that creates the next 'cool'. You can be glamorous, you don’t have to decorate your appearance, you can be edgy and compete with others, you can keep pushing the humble style as well. Cool, changes. Someone will change it. Then, with a closing statement, he says: "So, who will change it next?”
We are living in a sea of information. Diverse values spread, and tolerance to say: "That's good, isn't it?" is required. But sometimes it is a flat value. This video tells us. "Fate came from Beethoven, tragedy from Shakespeare. Then who made cool?”. It could be someone who went into town wearing jeans. Maybe he is a person with sharp hair. Maybe you are making cool things that nobody knows. Cool is the mood that wants to change.

Agency: Tokyu Agency Inc.
This campaign focuses on the small interactions people have with 'Yakult Ladies' (Yakult delivery ladies). These Yakult ladies seem to be delivering much more than just Yakult, but also unchanging health, peacefulness and care to people’s doorsteps.
Yakult, a small drink that fits in your hand, provides a standard delivery service in Japan and the brand has a long history. They have been delivering health to their customers every day, come rain, wind or snow. Yaukult doesn't change even when the world does. Their greeting to customers is 'We are delivering an unchanging daily life', providing customers with peace of mind. You can take pride in your work - that's what this video says.

Credit: Nice to meet you, I am Matsuo.
A quirky Japanese song-based video that basically sings out how sugar intake is worrisome and how this new Cup Noodle has less (half) sugar, more protein and is the same great tasting as the original one, and that everyone is happy because of it.
When it comes to edgy advertising, Nissin is the one to do it. A big name director was hired for this campaign, yet it is interesting that I feel like I am watching a strange video rather than watching an advertisement with unique music and rhythm. It's an ad which dials up the fun-factor and certainly one that gets into your head.

Agency: Dentsu Inc.
The Drifters is a famous band / comedian group in Japan and has been around from 1956, appearing in TV, radios and basically everywhere else. The video consists of the TV shows and episodes by The Drifters and the theme of 'Golden time for working people' was born from the insight that The Drifters blew away the tiredness of the workers with laughter, all across Japan, during the Golden Time. And Boss wants to become a brand like that to the people.
In Japan, it is rare for a dead person to appear in a commercial. That's especially true of celebrities who died last year due to Coronavirus. The canned coffee commercial portrays them nearly 40 years ago. They will understand the popularity and history of the band that played the opening act when the Beatles gave their first concert in Japan. The song used in the commercial is their famous song, 'Iiyu da na', which is a message on stress and fatigue from the day to day and to live well again tomorrow. It's a terrible world. But instead of being pessimistic or attacking someone, it's better to laugh about nonsense. That hasn't changed from the past to the present. For all workers, even a little break and a can of coffee will bring the mood forward. That's the ad.
view more - High Five 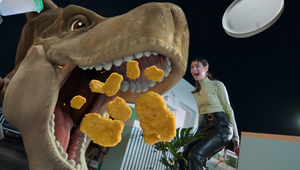 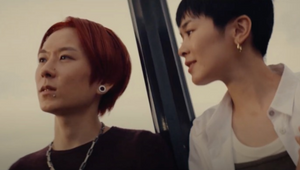 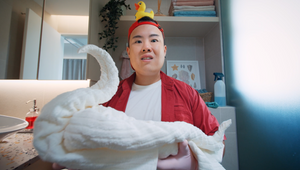 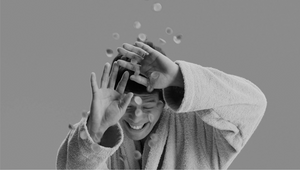