Simon Koay, associate creative director at Wunderman Thompson Australia, picks out five projects that he feels are really pushing the boundaries of creativity down under 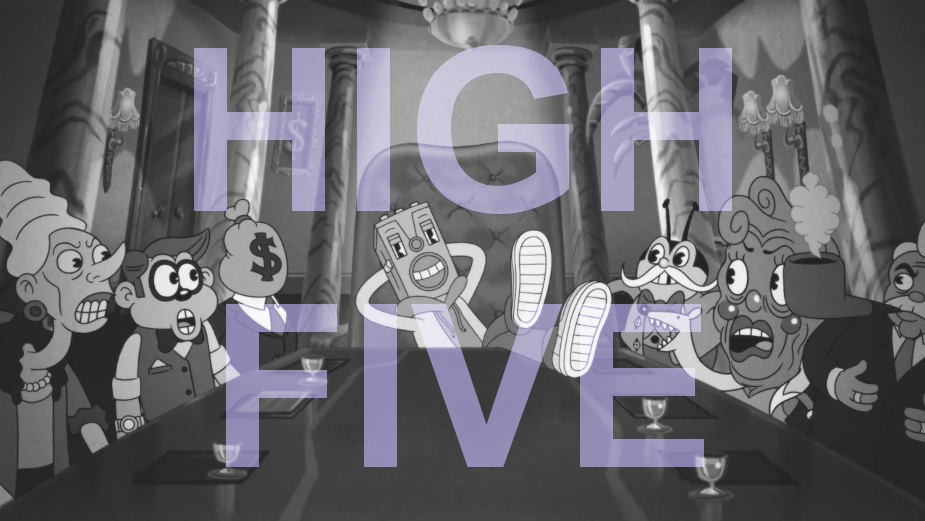 Australians have a reputation for their ‘true blue Aussie ingenuity’, and it’s great to see that despite Omicron making for an unexpected tough start to the year, it still hasn’t dampened the creative spirit in our industry. My five picks are all linked with work that is truly pushing the boundaries whether it’s the media format or category conventions...

Uber Eats - 'Choose Your Own AO'

Agency: Special Group
Production: Scoundrel
Post: The Editors
Music: Rumble Studios
Uber Eats has historically become known for messing with the media formats with its Australian Open campaigns. Truth be told, I was a bit sceptical of this work when I first saw it. Is this too indulgent of the industry to think consumers would actually scan a QR code on a commercial break to see more commercial? But I came around to it, especially knowing this ad would have been on repeat hundreds of times throughout the tournament. Giving viewers the ability to choose their own surprising endings (featuring their favourite tennis players) is a fun way to use the medium in this context.

Agency: The Monkeys
Production: Rabbit Content
Post: The Editors x White Chocolate
Music: Squeak E. Clean Studios
In 2020, a competitor brand replaced Supercheap Auto as the naming rights sponsor for Bathurst 1000, ending a 16 year partnership. The Monkeys made a brilliant PR campaign capitalising on the ‘break up’ situation that year, and now they’ve done it again for 2021. I love this blatant hijacking of the ‘Great Race’ - a cheeky campaign without ever needing to directly name the Bathurst 1000 itself - by sponsoring 1000 Bathursts. A smart and hilarious way to leverage their many years building brand salience, even when the naming rights is completely gone now. It reminded me a little of jet.com’s ‘Innovating Saving’ campaign where they hijacked ‘Super Bowl’ search terms in 2017.

Agency: Thinkerbell
Production: Google
Off the back of its brand film aimed at giving boat owners more confidence reversing down boat ramps, NRMA Insurance followed up with an incredibly handy digital tool. I love this idea because it feels so effortless and not a blatant advertisement or branding opportunity. We’ve become so dependent on Google Maps these days for everything from navigation and checking traffic to restaurant reviews. Why not boat ramp reviews!? It’s just one of those ‘why did no-one else think of that?’ ideas that fits in so naturally with NRMA’s ‘Help’ proposition.

Agency: Bear Meets Eagle On Fire
Animation: Augenblick Studios Inc
Post: Blockhead VFX Studios
Music: Rumble Studios
The market for online brokerage platforms has been booming, but it also comes with an over-saturation of mediocre ads to go with. Stake’s brand campaign launch film blows its competitors out of the water. The meticulous craft in every aspect - from the animation to the spoken word performance - makes this film a pleasure to watch over and over. It simply oozes with attitude that reflects what this brand stands for and sets it apart from the competition.

Agency & Production: Run It Wild x Rarer Things
Over the past year, the monumental growth of NFTs and the metaverse has been unavoidable. What started out as a seemingly niche thing is now everywhere, and it was only a matter of time before brands got involved. Many brands have attempted and failed, but this campaign from Australian Open is a perfect case study on how to do it right. The 'AO Art Ball' offered a unique take on the NFT world, blurring the lines between art, sport and technology. It was a world-first, being able to link live match data to the NFT balls, rewarding its lucky holders if the ball corresponded to a match-winning point. The match-winning shot from Nadal resulted in its value going up over 4000% above the floor price (the latest offer at 3.2ETH). Beyond creating NFTs, Australian Open also launched a tennis experience in the metaverse through Decentraland, giving visitors a chance to access exclusive content virtually, even hosting a closing party featuring performances by Steve Aoki. By no means is understanding this world of NFTs and the metaverse an easy task, let alone building a full campaign around it, so I applaud the team and client for this achievement.
view more - High Five