Are the likes of Midjourney and DALL-E a case of painting by numbers, a nightmarish threat to creative careers or an exciting liberator? Laura Swinton shares some of the brands and artists plugging into the algorithm 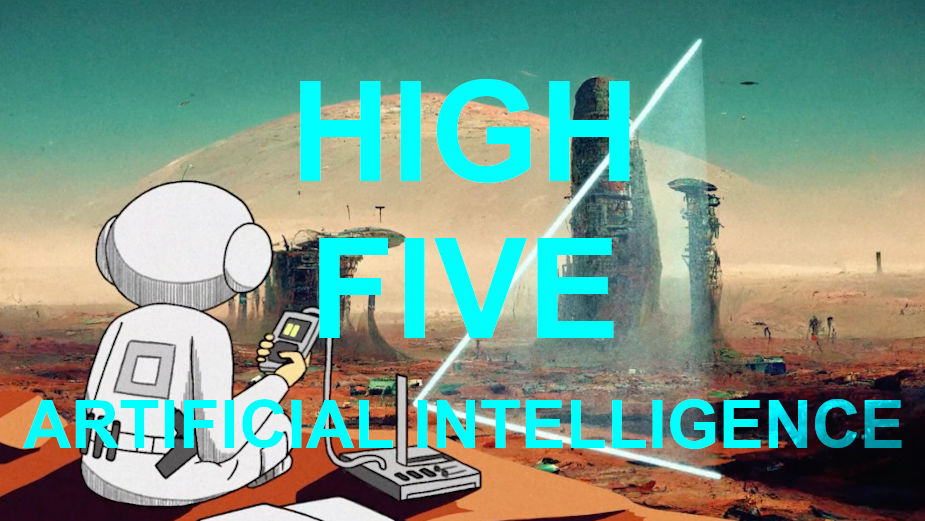 I can’t stop playing with Midjourney. It may signal the end of human creativity or the start of an exciting new era, but here’s me, like a monkey at a typewriter chucking random words into the algorithm for an instant hit of this-shouldn’t-be-as-good-as-it-is art.
For those who don’t know, Midjourney is one of a number of image-generating AI algorithms that can turn written prompts into unworldly pictures, It, along with OpenAI’s DALL-E 2, have been having something of a moment in the last month as people get their hands on them and try to push them to their limits. Craiyon - formerly DALL-E mini - is an older, less refined and very much wobblier platform to try too. It’s worth having a go just to get a feel for what these algorithms can and can’t do - though be warned, the dopamine hit of seeing some silly words turn into something strange, beautiful, terrifying or cool within seconds is quite addictive. A confused dragon playing chess. A happy apple. A rat transcends and perceives the oneness of the universe, pulsing with life. Yes Sir, I can boogie.
Within the LBB editorial team, we’ve been having lots of discussions about the implications of these art-generating algorithms. What are the legal and IP ramifications for those artists whose works are mined and drawn into the data set (on my Midjourney server, Klimt and HR Giger seem to be the most popular artists to replicate but what of more contemporary artists?). Will the industry use this to find unexpected new looks that go beyond the human creative habits and rules - or will we see content pulled directly from the algorithm? How long will it take for the algorithms to iron out the wonky weirdness that can sometimes take the human face way beyond the uncanny valley to a nightmarish, distorted abyss? What are the keys to writing prompts when you are after something very specific? Why does the algorithm seem to struggle when two different objects are requested in the same image?
Unlike other technologies that have shaken up the advertising industry, these image-generating algorithms are relatively accessible and easy to use (DALL-E 2’s waitlist aside). The results are almost instant - and the possibilities, for now, seem limitless. We’ve already seen a couple of brands have a go with campaigns that are definitely playing on the novelty and PR-angle of this new technology - and also a few really intriguing art projects too...

Agency: Rethink
The highest profile commercial campaign of the bunch is Rethink’s new Heinz campaign. It’s a follow up to a previous campaign, in which humans were asked to draw a bottle of ketchup and ended up all drawing a bottle of Heinz. This time around, the team asked Dall-E 2 - and the algorithm, like its human predecessors, couldn’t help but create images that looked like Heinz branded bottles (albeit with a funky AI spin). In this case, the AI is used to reinforce and revisit the original idea - but how long will it take before we’re using AIs to generate ideas for boards or pitch images? 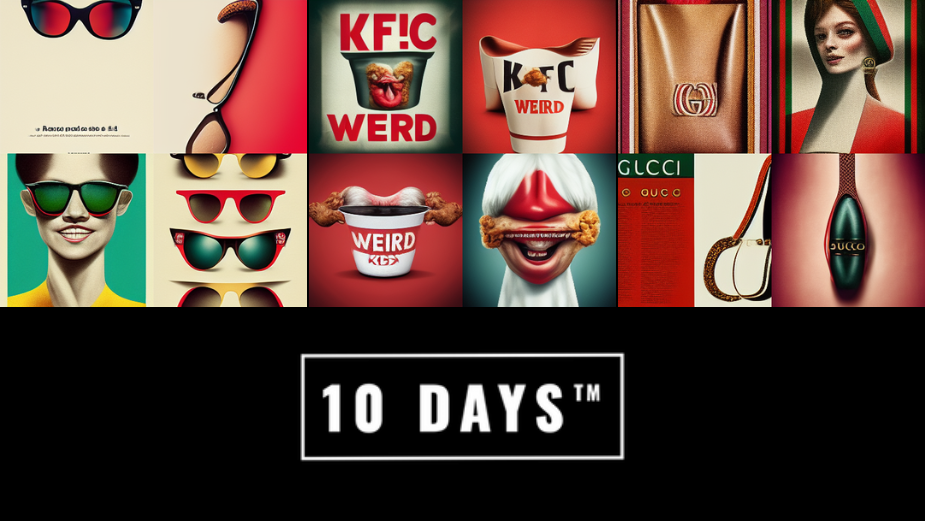 Creative agency 10 Days decided to get experimental with a project that was all about letting their team get their heads around the possibilities and limitations of the technology. They used Midjourney to create ads for ten iconic brands - and for each brand they created 24 images. As well as being a very timely PR opportunity for the agency, it was a chance to test, prod and consider. LBB spoke to 10 Days here.

This artsy animated short by art director and designer Jeremy Higgins is a delight and shows how a sequence of similar AI-generated images can serve as frames in a film. The flickering effect ironically gives the animation a very hand-made stop motion style, reminding me of films that use individual oil paintings as frames. It’s a really vivid encapsulation of what it feels like to be sucked into a Midjourney rabbit hole too...I also have to tip my hat to Stefan Sagmeister who shared this film on his Instagram account.

For the latest issue of Cosmopolitan, creative Karen X Cheng used Dall-E 2 to create a dramatic and imposing cover - using the prompt: 'a strong female president astronaut warrior walking on the planet Mars, digital art synthwave'. There’s a deep dive into the creative process that also examines some of the potential ramifications of the technology on the Cosmopolitan website that’s well worth a read. 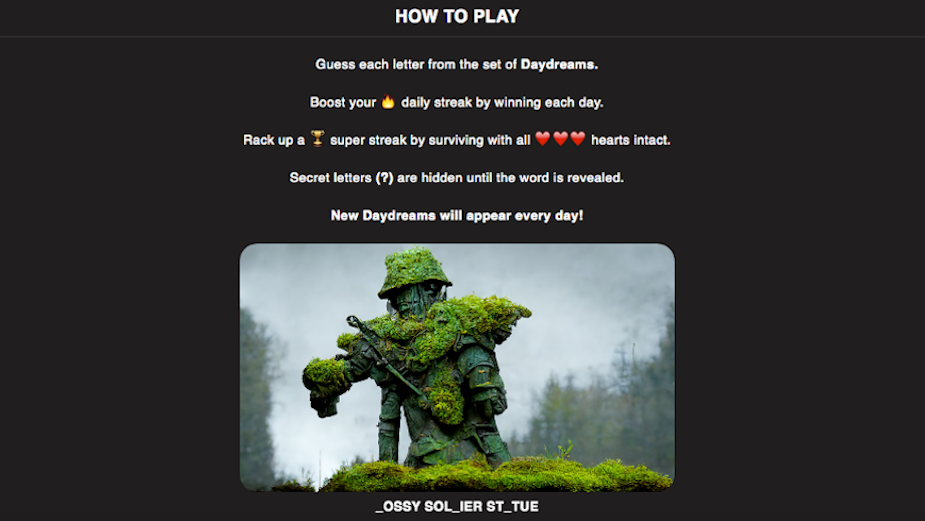 Why stick to one viral trend when you can combine two? Sydney-based studio T&DA has created a Wordl-inspired game called 'Daydreams' in which players are served up with a Midjourney-generated image and challenged to guess the writing prompts. This reverse engineering process might well prove to be handy for copywriters trying to figure out how to write for the algorithms. You can access an invite to the Discord server here.

Here’s a cheeky sixth entry to High Five. This execution is part of a wider summer platform for BT Sport, centred around belief - in this case football pundit Robbie Savage is served up a Dall-E 2 image of striker Aleksander Mitrović lifting the golden boot. Fulham has just been promoted to the Premier League - but though Robbie can see it, he can’t quite believe it.
view more - High Five