Hide Your Wife, Homepride’s Fred is Back in Town 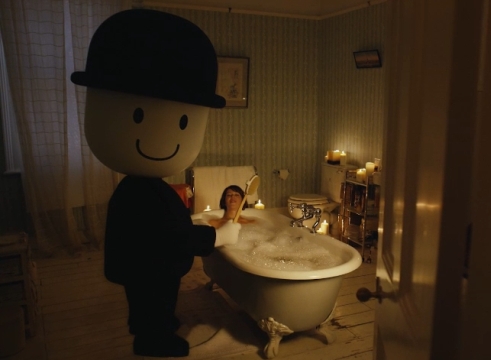 McCann London today unveiled the new Homepride campaign that features the iconic family-favourite Fred, who is returning to British screens for the first time in over 10 years.

The campaign breaks on September 21st during The X Factor and will run throughout October in TV, radio, and digital, as well as in-store activation. The new activity also spans social media with Fred taking up his own Twitter account that will be managed by the team at McCann London. He will be tweeting throughout the campaign bringing to life his playful character through a sustained calendar of content that reiterates the role he plays within busy British families.

Titled Fred About the House, the TV creative brings mum’s helper Fred firmly into the modern day. Only this time, he’s bigger, friendlier and more dedicated to helping mum than ever.

The spot sees Fred helping a busy mum get her kids to eat their dinner, as well as assisting her in her own evening routine of relaxation…much to Dad’s surprise.

Helen Warren-Piper, Savoury Business Unit Director at Premier Foods commented: “Our job was to retain the loveable nature of this iconic character whilst pulling him into today’s modern world and therefore helping to position Homepride as a brand suitable for the needs of today’s families. Fred’s return marks an exciting time for Homepride.”

Rob Doubal, Co-President and Chief Creative Officer at McCann London commented on the new spot: “We’re truly privileged to be able to bring back one of Britain’s most iconic characters, and have treated the occasion with suitable frivolity for this day and age.  It was great working with Rosey, Radical and the team at Premier foods to create a new raft of content for Fred. Look out for the Fred cuddle arm pillow in stores.”