Hiccup Builds On Its 2013 Success With Expansion 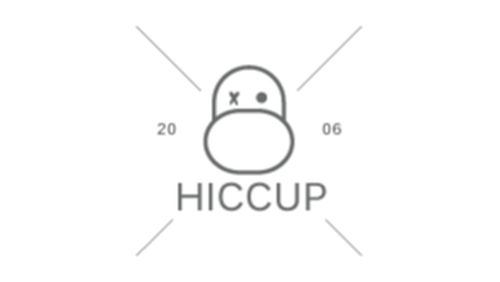 In 2006 when former agency producer Rob Simone and editor/director Michael Cruz decided to abandon their successful careers at top ad agencies like Grey Worldwide, and BBDO to start Hiccup Media, they envisioned the company as a one-of-a-kind full-service boutique – a small, yet nimble resource, offering clients an array of services including creative strategy, content production and post. Eight years later, not only is the business model they pioneered now the norm, but Hiccup is again ahead of the curve thanks to the addition of noted international fashion director John Poliquin, and a redesigned website that highlights the approach, the clients and the work that is the basis of Hiccup’s success.

“When we launched eight years ago the economy was struggling and ad budgets were tightening,” Simone says. “We saw an opportunity to integrate all we learned at the major agencies in terms of creative strategy, client service and execution, but on a boutique level. Hiccup was born and quickly clients began to see the potential of working with a team that wasn’t just bundling production services, but was functioning as a true creative agency.”

That distinction is key for Simone. Most companies that bill themselves as full-service creative boutiques, he says, are generally production or post/design focused, offering very little in the way of creative strategy or the ability to internally manage retainer clients on a day-to-day basis.

“For example, at most full-service boutiques when an agency like Grey Worldwide calls about a project for a series of online videos for E*TRADE, their response is ‘great, what’s the concept?’” Simone says, referring to one of the Hiccup’s long-time clients. “Our response is ‘what’s the goal?’ That’s a key difference in mind-set, and it’s why Grey assigned us the entire E*TRADE Investor Online Education account.”

Six years later that relationships has resulted in Hiccup producing over 100 E*TRADE videos and counting, featuring both live action and animation, that have been viewed by millions – an unprecedented engagement metric not just for the company, but the online educational video sector as a whole.

That scenario is the norm rather then exception for Hiccup, which continues to partner with top ad agencies (they’ve worked with Grey Worldwide on client pitches that resulted in millions of new business revenue for the agency since 2012), as well as work directly with small to mid-size companies looking to standout in their market.

All of Hiccup’s creative services – including creative content development, live action production, editorial/post, animation/motion graphics and branding/design for an array of clients -- is outlined effectively on the company’s newly redesigned website.

Looking to stay ahead of the curve talent-wise and address a growing need for directors comfortable in the fashion/lifestyle niche, Hiccup has added award-winning fashion/lifestyle shooter John Poliquin. His impressive reel includes ads for a range of international brands, including Urban Outfitters, Diet Coke, Burberry and H&M.

An award-winning filmmaker originally from Canada, Poliquin is also known for his music video work, which includes a 2012 Juno Award. He also directed “Grave Encounters 2,” the 2012 sequel to the found-footage cult horror favorite (click here for John’s IMDB page), as well as shot videos for “The Next Star,” a popular talent show airing on the youth-oriented Canadian television network YTV.

“John brings to Hiccup an impressive body of work from commercial to music videos to feature length film,” Simone says. “He’s equipped with both a creative eye, as well as a technical one and always delivers top-notch, engaging content. His reel is a testament to his amazing story-telling abilities, and is strong evidence that John is on his way to becoming a directing superstar