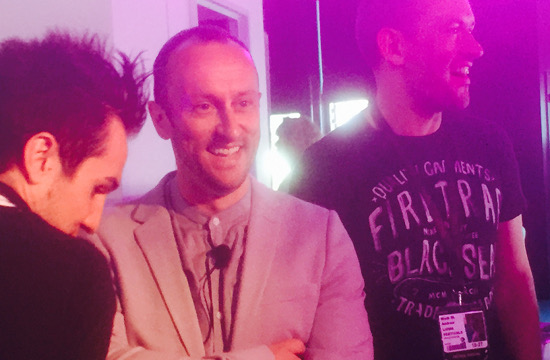 We live in an interrupted age in which we are - perhaps subconsciously - pulled from pillar to post. And those pillars and posts generally involve some kind of technology. We 21st century folk, with our second screen viewing, may think we are the masters of multitasking, but in fact we aren’t - the busy, connected world we live in acts as a constant interruption to our attention. Dan Machen, Director of Innovation at HeyHuman, aimed to prove this at Cannes Lions with a real-time experiment on stage. LBB’s Addison Capper chatted with him to pick his brains about what went down, technology’s role in brand trust and the technology that’s having the biggest affect on adland.

Many thanks to Stitch Editing and Editor Richard Woolway for their help with our Cannes video interviews!