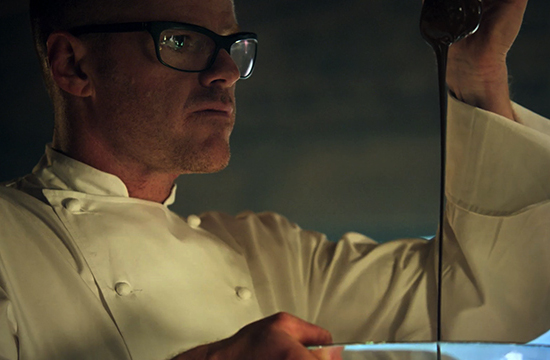 The last of three festive Waitrose spots directed by Stuart is the most magical; with culinary genius Heston Blumenthal turning wizard master confectioner.

"The Story of Giving Chocolates With A Hidden Surprise" centres on Heston's preparations for his enticing Chocolate Story Box in time for Christmas. It's not your average box of chocolates and Heston is not your average Milk Tray Man - in Stuart's captivating film we see him and his assistants conjuring up delights with mandarin, pistachio and gold leaf, all with lashings of dark chocolate.

Stuart expertly crafts a charming story showing the intricate preparation that goes into making each sweet treat. His beautiful composition and ability to make even a piece of twig look enticing are fully employed. The film combines the wildly imaginative delight of a Willy Wonka-estque story with a portrait of the celebrated gastronomer and his wondrous workings. Licking of lips will certainly ensue.