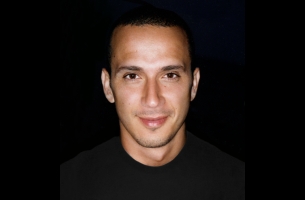 Notes Heresy Executive Producer Melissa Larsen, “I was immediately caught by Alix’s vision and breathtaking images. His eye for beauty will be an excellent addition to our roster.” Adds Malka, “After meeting Melissa and Eric I knew that we would work well together. Their refreshingly visionary approach to a creative studio is something that I am looking forward to being a part of.”

Inspired by the magic of media as a young opera singer, Malka developed an early passion for photography, fashion and film and soon after earned a fine art degree in Aix en Provence. He kicked off his career as an art director in fashion, working alongside iconic designer Thierry Mugler. With a strong foothold in the industry, he moved to New York City in 2002 and quickly established himself as a fashion photographer, landing on the cover of France’s revered Photo Magazine within a year. Over the years he has shot such celebrities as Adam Levine, Mariah Carey, Celine Dion, Jared Leto and Cindy Crawford, among numerous others. His work has been featured in numerous exhibitions and museums, including Miami Art Basel, New York’s Soho Gallery, Brooklyn Museum, Dallas Museum of Art, London’s Barbican Art Gallery and the Montreal Museum of Fine Arts.

Malka splits his time between New York, Los Angeles and Paris, working on both directing and photography pursuits.