Trends and Insight 769 Add to collection

Autonomous drones, ever-expanding games, motion-tracked controllers… and not an iPad in sight 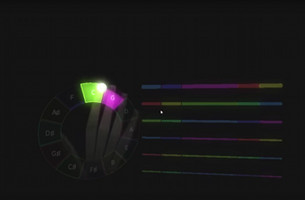 For both kids and adults, drawing up your Christmas list is a properly exciting experience. But as gift trends drift in prior to the festive season, Christmas lists can become a bit of a snooze-fest as everyone asks for the same thing. So we caught up with adland’s biggest trendsetters – the tech guys and girls – to see what they’d like to see under their trees. And there isn’t an iPad in sight.

Sadly the objects I mostly desire for this holiday season won't be found under my tree - neither will be available yet in December - but that won't stop me from dreaming the months away. The first is enormous, the second very tiny.

No Man's Sky is a visionary game with such unbounded potential that it makes my inner child scream with anticipation. If it lives up to even a fraction of that potential not only will it change the face of games forever (à la Grand Theft Auto 3), but it will finally satisfy my youngest dreams of space exploration.

The tiny open-source Gameboy-like Arduboy looks like a ton of fun to play with - as a gamer, as a hacker, and as a dad. They're only taking pre-orders for the moment, but I'm already anxiously awaiting its arrival in my mailbox later next year.

I’ve been snowboarding since 1992. It’s awesome. If you’ve done it, you know what I mean. If you haven’t, think of it this way: really light snow is mostly made of air, so slashing through two feet of snow at 50mph is almost like flying.

I’m a snowboarder to the core, and I get out into the mountains as often as I can, but I’m also an SVP of digital strategy at Deutsch’s NY office, a job that requires I think all day about technology and human behaviour. The overlap between snowboarding subculture and mainstream technology innovation is pretty small, but it does exist. And this year, something amazing happened in that tiny overlap that blew my mind: drones. Yes, the two are related. Allow me to explain.

There’s been a lot of talk about drones in the last year or two, but the story I’m about to tell of drones and snowboarding started in 2014, when a company called HEXO+ Kickstartered $1.3 million dollars to build a drone and app system that would allow a snowboarder (or another action sports athlete) to film themselves doing their thing in a completely automated and totally dynamic way. The HEXO+ smartphone app syncs the rider’s location to the accompanying drone, which then tracks and films the rider as they shred their way to glory. Think of it as the ultimate evolution of the GoPro.

This Facebook video of European snowboarder Xavier De La Rue was some of the first HEXO+ footage to be released. In the video, we see amazing aerial shots of Xavier standing atop the jagged peaks of the Selkirk mountains in British Columbia. The camera circles him, and as he drops into his line, it tilts and dives, following him down the mountain, panning, sweeping over his head, then spinning around and tracking backward away from him as the snow cascades down the slopes. Some of these shots have been done before, but only with the aid of large film crews and a fleet of helicopters. But many of these shots have never been captured before, because only something as small and nimble as a drone could navigate the terrain at this proximity to the rider. In a snap, HEXO+ has democratised big budget backcountry cinematography. For the first time, Xavier was able to go into the mountains without a film crew and capture the magic of snowboarding in an intimate and exciting way. When speaking about the experience he said, “It’s all fully autonomous, feels quite amazing as it’s been the first time I got to ride long lines top to bottom with my angel looking over me.”

So what do I want this year for Christmas? I want an angel looking out for me when I’m in the backcountry; I want a HEXO+. And if things go the way they seem to be going, an Amazon drone doing an imitation of Santa’s sleigh will deliver it to me.

In the summer, our house was burgled. It felt odd for a couple of weeks but life did return to normal eventually.  Since my family and I travel often, we can't help wondering if it will happen again. There's a plethora of 'Internet of Things' things to help with this exact area but I would love to get some Samsung SmartThings to install around the house. The product range is extensive; our problems started with an open window - that would be a problem of the past with a multi-sensor and a presence sensor.  If Santa is reading this, I'd love a Samsung S7 too.

As an engineer, the one piece of tech I'm really excited to get my hands on is the Leia 3D (www.leia3d.com) developer's kit. Likely not something for the consumer market yet, the developer's kit will allow me to experiment in a new class of technologies that will allow for 3D experiences not requiring any additional gear. The idea behind the tech is to enable creation of holograms, much like Leia is projected by R2D2 in Star Wars. Holograms are cool and being able to program them and interact with them is way cooler!

The Leia 3D developer module includes the holographic module, some cables, and a holder for the device. The module includes a capacitive touch screen and a gyro and accelerometer, which means we’ll be able to use touch and movement on the device to experiment with what interaction and visual would be best.

One of the first things I'm planning to do is import a creative commons MRI image. Once I do that, I want to see if I can use the motion detectors in the device to be able to ‘walk’ around the 3D model. After that, the sky is the limit - imagine creating videos, movies and experiences that, similar to the interactive theatre production "Sleep No More", allow people to explore whatever part of the story interests them the most.

The piece of technology I’d love to get for the holidays would definitely be the Microsoft HoloLens. I’m not sure whether it’s really going to be as practical of a business device as Microsoft claims - with engineers collaborating together to design engines in an open work environment or surgeons projecting skeletal fractures over patients - but the potential of the technology in marketing does look intriguing and I certainly wouldn’t be disappointed to find it under my tree.

Working in digital advertising, we’ve been doing quite a few Virtual Reality experiences lately with the Oculus DK2 and Samsung Gear VR that transport consumers through immersive brand storytelling. The HoloLens seems like the next evolution in these devices as we head from straight virtual into more mixed reality.

In the past, augmented reality typically made for a fairly limited and often gimmicky experience, but if the HoloLens is as powerful as Microsoft claims then this could very well put an end to all of that. Previous AR experiences - from webcam to smartphone experiences - still have the framing of a screen being used, which takes you out of the experience. The HoloLens seems to take over your entire visual field, making you feel more immersed in that environment.

I’m sure there will be some very practical uses of the HoloLens, but I’m most excited for the potential impact the technology can have on institutional spaces, retail and event marketing experiences. For example, I could imagine some useful executions for museums, overlaying additional information or even historical context around certain objects to provide more immersive guided tours. Or going to a furniture retail showroom and being able to visually customize the couch to the right colour and size before purchasing.

There could also be a lot of interesting potential for interactive experiences—perhaps a digital performance similar to Sleep No More, or taking a Halloween haunted house to the next level by letting you interact with virtual ghouls.

Bottom line, as long as the device is accessible, people will find some interesting uses for it, and I can’t wait to be a part of that so we can start experimenting.

So Microsoft, if you’re reading this; know that I’ve been on the nice list this year.

Will McMaster, Head of VR, Visualise

I really want motion-tracked controllers, badly. Ever since I tried both the Oculus Touch controllers and HTC Vive Lighthouse based controllers, I’ve wanted them. VR isn’t nearly as exciting when you have to use either look to select, or a regular game controller. Both of these control systems are necessary for having a true VR experience. There are a number of really fun experiences already in development for these controllers, like Job Simulator, where you are in a fun cartoon kitchen and have to cook food. Chopping oversized cartoon mushrooms in VR is as fun as it sounds and it’s only possible with VR motion controllers.