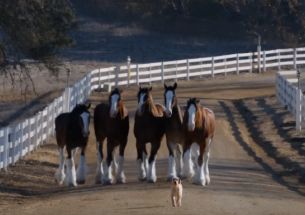 Google UK has today launched a leader board of the top 20 Super Bowl ads that have been watched on YouTube. The ads, which range over the last nine years, have racked up over 440million minutes of watch time - the estimated equivalent of watching the game 1.8million times. The ranking was based on ads released between 2008 and 2016 on YouTube and were analysed based on the views in January and February of the year they were released.

Some of the key trends include:
- YouTube has allowed Super Bowl ads to go global and become a global phenomenon. Outside the U.S., Super bowl ad viewership on YouTube has grown over 25x since 2008. In 2016 the three countries outside the U.S. that watched the most ads on YouTube were Canada, the UK and Russia.
- In 2008, 25% of Super Bowl ads on YouTube were released before the game. This rose to 81% in 2016 due to a combination of more advertisers releasing their TV spots early on YouTube as well as the growing popularity of teasers.
- Iconic ads continue to thrive on YouTube long past the moment they are released.

Volkswagen Game Day 2013 Commercial | Get In. Get Happy.