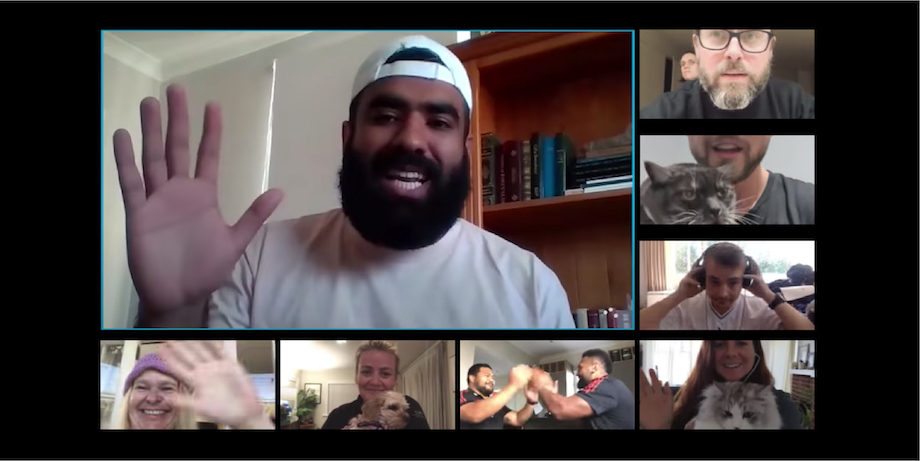 New Zealand went into a lockdown in a matter of days leaving many Kiwis anxious about how to manage in a world where video and phone would be the only way of staying connected, outside their bubble. With its own nationwide mobile and broadband network, 2degrees knew it was ready to manage the volumes but the task at hand was how to keep people feeling connected. The team saw the need to ensure all Kiwis had the encouragement to stay connected during a daunting four weeks of “isolation” using the #togetherwecam campaign via TBWA\New Zealand.

#togetherwecam was designed to grow alongside all New Zealanders as they navigated staying connected through video and then by celebrating, inspiring and helping Kiwis laugh with a series of video and social content that expanded as New Zealand’s confidence, creativity and optimism grew.

Kiwi comedian, Pax Assadi, and the voice of 2degrees, emerged from behind the emojis to become the face of #togetherwecam and an integral part of the team. Filmed in Assadi’s living room and remotely directed by TBWA and Assembly, Assadi took the nation on an interactive Kiwi lockdown journey. This journey saw him chat to and challenge the Barrett brothers, his folks, get a Covid haircut from his kids and connect with 2degrees’ call centre team.

#togetherwecam started a national conversation and once the team saw how Kiwis were connecting they tailored the campaign to celebrate the best of New Zealand’s emerging lockdown talent and spread a message of unity over time. By doing this, 2degrees was able to remind everyone that we were all in this together.

Says Shane Bradnick, chief creative officer, TBWA New Zealand: “#togetherwecam evolved over the lockdown to help people realise we were all sharing the same experiences and feeling similar things. Iso and new tech are a tough combination and I think as a nation we’ve done incredibly well to get through to  level 2.”

Says Ben Wheeler, chief brand and insight officer, 2degrees: “We think this really hit the right spot with our customers and all Kiwis, to try and encourage that sense of fun in trying times. We know we do broadband and cell phones but what we enable is much more than that. Kiwis have needed us more than ever and we’re chuffed to bring our 100% NZ based call centre into the spotlight too!” 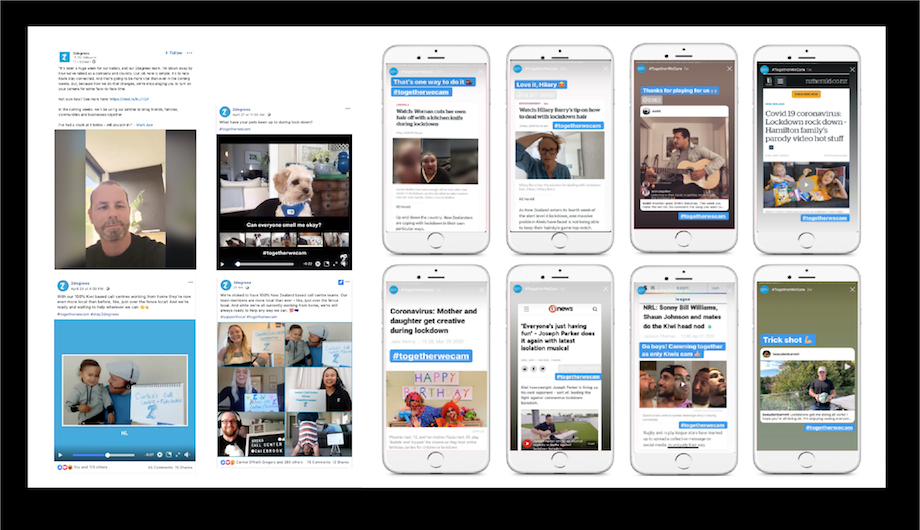 It was an incredible effort by the 2degrees team who worked day and night between planning meetings to ensure the campaign was useful and appropriate and continued to support media partners alongside the nation. It was initially launched on LinkedIn by 2degrees CEO Mark Aue and then continued until its final instalment this week celebrating level 2.

The work has had a profound impact for 2degrees, helping the brand to achieve the highest Zavy scoreboard increase (+9) during the campaign period.

The campaign wraps up this week with a final message of support to New Zealand and a wahoo as we head into level 2.