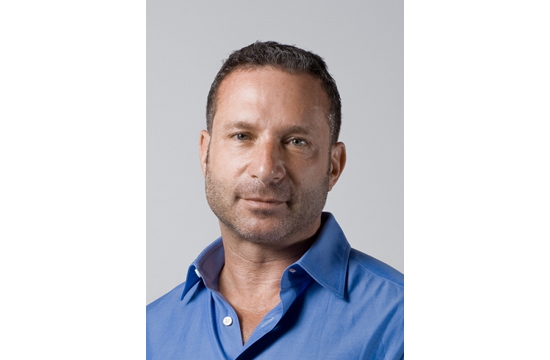 Venice, CA/NYC-based production hub HēLō has signed Emmy-winning director Alan Poul for his first commercial representation. The established feature and television director/producer currently serves as Executive Producer and Director on Aaron Sorkin’s Golden Globe-nominated HBO series “The Newsroom.” Before “The Newsroom,” he served as EP and contributing director on all five seasons of HBO’s wildly successful series, “Six Feet Under.”  Over the past twenty years, his work has earned him some of the industry’s highest accolades including an Emmy, Golden Globe, Producer’s Guild Awards, GLAAD Awards and Peabody Awards. He has also directed multiple episodes of HBO’s historical drama “Rome” and the hit HBO polygamy series “Big Love.”

Notes HeLo Executive Producer Justin Moore-Lewy, “Alan is one of those rare people with enormous talent who is also an amazing human being. We are excited to introduce him to the world of commercial and branded entertainment.” Adds Poul, “I’m excited to join HeLo’s roster and particularly enthusiastic about their focus on branded content and more long form, narrative pieces. It’s a field that is rapidly growing and one to which my own experience is well suited.”

Initially entering the entertainment industry from an academic slant, Poul studied Japanese Literature at Yale, taught several film courses, and became known for his Japanese-film expertise while serving as Film Programmer for the NYC nonprofit The Japan Society. Having never set foot on a film set, he was tapped for his first gig as associate producer on Paul Schrader’s acclaimed Yukio Mishima biopic Mishima, A Life in Four Chapters. After learning both the technology and terminology in Japanese, Poul returned to the states following production and dove into the English version of the industry headfirst, and never looked back.

Poul made his feature directing debut in 2010 with the romantic comedy The Back-up Plan starring Jennifer Lopez and Alex O’Loughlin, and had previously produced numerous features including Woman on Top (Penelope Cruz), Skip Woods’ debut feature Thursday and the horror classic Candyman. Prior to his HBO work, Poul collaborated with author Armistead Maupin on producing all three miniseries based on Maupin’s Tales of the City books (Tales of the City, More Tales of the City, Further Tales of the City), each of which was nominated for an Emmy. Additional television production credits include CBS’ daring “Swingtown,” the beloved ­­ABC teen series “My So-Called Life” and the Peabody Award-winning “Rock the Vote” special.

Currently a member of the Boards of Directors of Film Independent and the It Gets Better Project, Poul previously served on the boards of the Producers Guild of America, GLAAD and Outfest. His writings have appeared in The New York Times Book Review, Variety, Film Comment and Egg Magazine.