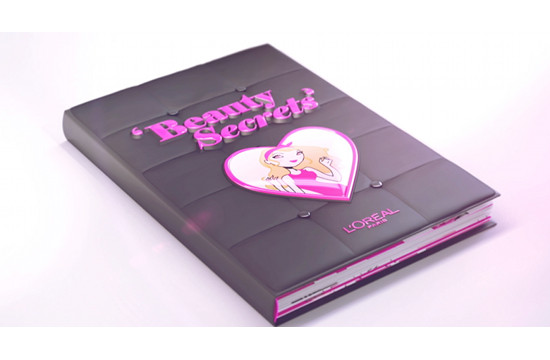 With an animated full 3D film, conceived as a pop-up book, Parisian studio Hellohikimori is supporting the launch of a new cosmetic range from L'Oréal Paris called Beauty Secrets. This will be uniquely sold online at eboutique.loreal-paris.fr.

Fun, colorful, cheerful and retro, the animation follows the footsteps of another great success for the studio: “La folie des vernis Color Riche”, a campaign for L'Oréal Paris launched in July 2012 and which received around 2.4 million visits.