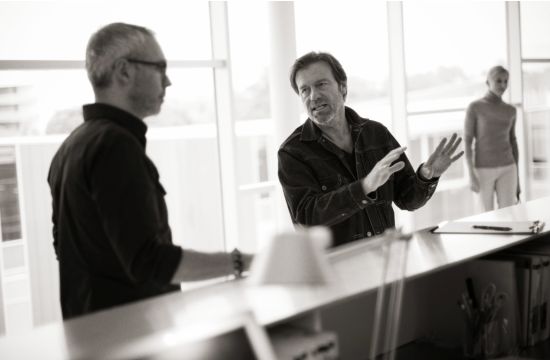 Celebrated production company Hello and Company is pleased to announce the signing of commercial director Michael Norman to their roster.  Michael joins Hello with a stand-alone expertise in crafting intimate performance-driven stories, translated to the screen with sleek, polished images.

Over his directing career, Michael Norman has developed a stylistic niche in the advertising world with his brand of elegantly minimalist visuals. Michael is best known for composing artfully composed vignettes mixed with intimate dialogue and monologue performances. When shooting performances, the scene is always made to evoke a sense of authenticity and realism. Always looking to clarify through careful restraint, his work is modern, yet timeless.

Michael’s unique perspective has led to several longstanding and ongoing collaborations with agencies and brands in the US and internationally, who return to Michael to craft refined and memorable spots. His work spans categories that include automotive, food and beverages,  home improvement, finance,  retail, and telecommunications, for a list of top brands that include Toyota, McDonald’s, Sprint, 7-Up, JCPenney, NY Times, and American Express, to name just a few.

Notably, Michael’s spot for Allergan’s eye drug Restasis was reported by Neilsen as the #1 most memorable TV spot of 2013 among women aged 13 and over. The ad, which delves into one patient’s journey living with chronic dry eye, was listed as the number 9 most memorable spot of the year overall across all demographics.

Michael’s thoughtful approach to filmmaking can be attributed to the number of years he spent working as an editor. Originally from Alabama, Michael’s editing career took him to work in major commercial production cities across the US.  It was in the South where a client gave Michael the opportunity to direct a campaign for a national retailer. The spots each consisted of single-scene performances and went on to win regional and national awards, opening the door to Michael pursuing directing full time.  After directing in both NY and LA for a number of years, Michael ultimately made LA home, where he now joins one of the city’s most venerated production companies.

Having been aware of Hello and Company since his days as an editor, it was the cachet of the company and its founders, as well as the pivotal producing support, which lured him to Hello.  Michael remarks, “I’ve always felt that as a company started and developed by legendary directors whose work I have greatly admired, Hello and Company possesses a really special perspective. Having two directors at the helm of a production company says to me that it is an environment in which creativity is a central focus to be nurtured. I believe it says the same to an agency creative team. I’m thrilled to be joining a company that is so influential, and that they understood my point of view and love for advertising. They talked about my work as I would like to hear it described.”

The respect for one another’s work is mutual, as Hello and Company EP Mike Brady comments, “Seldom does a director come around with such a clear and articulate creative perspective. Michael’s institutional knowledge and expertise shows through in the quality of his work and his ability to build a campaign or a brand. I am genuinely thrilled to have a director as talented and versatile as Michael, matched with a producer as accomplished as is Barbara on our team here. We’ve known Michael Norman’s work and reputation for some time now, and are very proud to become an integral part of his continued success.”