Heineken Throws Customers Into The Spotlight Of Their Own Show 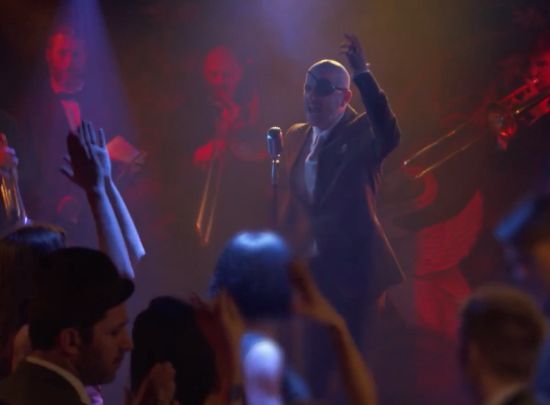 Today Heineken debuts the brand’s latest “social experiment” to encourage consumers to “cross their borders,” with their digital video, “The Guest of Honor.”  On March 11, Heineken hosted a one-night only production at New York City’s famed The McKittrick Hotel, where unsuspecting attendees were invited to a play, soon to find out that they weren’t just watching, they were the stars. Heineken captured every moment as people ventured through a labyrinth of daring scenes that enabled them to show their legendary talents to the world.

“The Guest of Honor” joins Departure Roulette and Carol Karaoke in Heineken’s series of social experiments that challenge consumers in “would you or wouldn’t you” moments, ultimately bringing Heineken’s “Open Your World” brand belief to life. The evening began with a questionable elevator ride to the party of a mysterious billionaire and his eccentric friends.  Attendees quickly learned that they were the star of the show and were challenged to take the stage, moving through a variety of scenes to entertain the billionaire’s friends, from telling jokes to a feisty heckler in a comedy club, to giving a tattoo to an intimidating ink fan, to auditioning for and joining a Bollywood shoot. Heineken believes that everyone has a legendary side waiting to surface, and “The Guest of Honor” gave real people the chance to showcase that side to the world.

“Heineken saw immersive theater as the perfect setting to get people outside their comfort zone by creating a production that would move them from being mere spectators to the star of the show,” said Belen Pamukoff, Brand Director, Heineken. “’The Guest of Honor’ is our latest effort to reveal the legendary talents of Heineken drinkers.”

“The Guest of Honor” was developed in the spirit of Heineken’s latest global television ad campaign, “The Odyssey,” which celebrates the premise that everyone is legendary at something.

Wieden + Kennedy New York, Heineken’s creative agency-of-record, created and produced “The Guest of Honor,” including the theatrical production and video documenting the challenge that debuted on YouTube.com/guestofhonor.