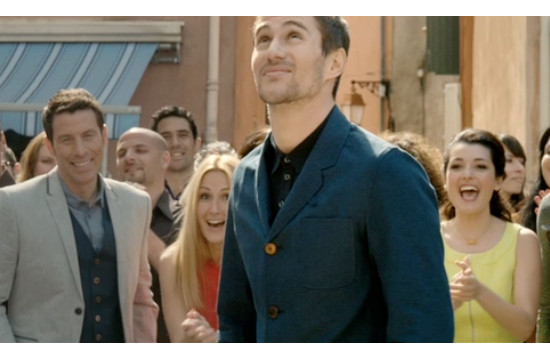 Award-­‐winning Rattling Stick director Steve Cope has collaborated with Rothco, Dublin, to tell the story of a man whose legendary kick of a rugby ball leads him to some pretty interesting and unpredictable experiences as he attempts to stay ahead of the bounce and reclaim a precious Heineken cup signed ball in a hilly town in the south of France.

The Director of Photography, Barry Ackroyd, who was nominated for an Oscar for Hurtlocker, shot the commercial in three towns in South of France -­ St Paul de Vence, Frejus and Valbonne over four days with Tim Hardy from Stitch Editing, on set to cut the commercial as it was shot. The 3D rugby ball shots are incorporated with live action by Screen Scene, Dublin and the music is 'Sing Sing Sing’ by Benny Goodman.

In rugby, as in life, you never know if things are going to bounce in your favour or not.