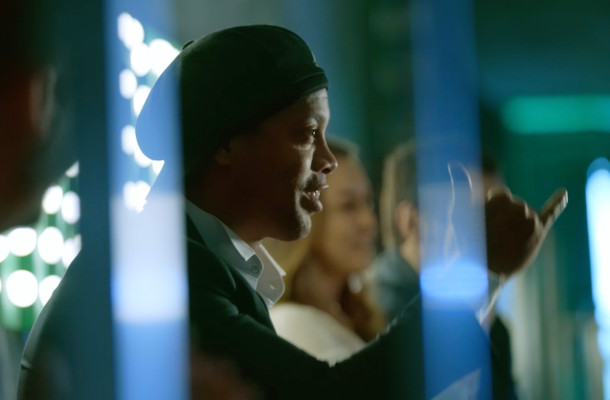 To celebrate the 2018 UEFA Champions League final on May 26th, Heineken in Brazil hosted a unique event - ‘The Grand Finale’. Fans invited to watch the UEFA Champions League final were surprised by the entire Real Madrid-Liverpool match being sountracked by two conductors: musician Xuxa Levy and the famous footballer Ronaldinho Gaucho.
Conceived by Publicis, the stunt generated record engagement on the Brazilian Heineken's Instagram Stories platform. During the final, the event was handled in a ‘war room’ where a team of 10 professionals reacted in real time to the interactions between public and brand.
Vanessa Brandão, director of Heineken brand in Brazil, said: “In line with the global concept #ShareTheDrama, the event highlighted the most dramatic moments of the final of Europe's most important sporting event with two surprises. Firstly, the presence of a philharmonic orchestra playing live the whole game. The second surprise, revealed just moments before the kick off whistle, was the appearance of Ronaldinho Gaucho acting as conductor in front of a team of classical music stars.”
Domênico Massareto, Publicis Brazil CCO, added: "This is an ingenious design from the execution point of view: exquisite technical musical quality combining with excellence in live marketing, activation of sponsorship and great viral potential. The audience at the event made the content viral organically, which proved Heineken's natural ability to become part of people's conversations"
The result of all this work is now available in a video summarising the event:
The campaign earned thirty-eight million organic impacts on Instagram, almost 300,000 views on the brand's Instagram Stories and about 12 million impressions of the #ShareTheDrama hashtag on Twitter.
view more - Creative