Heineken Looks Back on The Best of Dropped 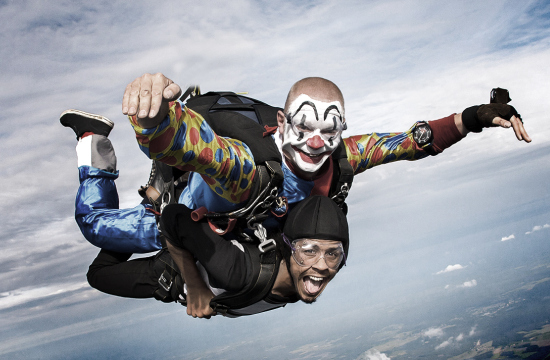 Over the past four months Heineken has been giving real men a chance to test their wits in a reality-style web series from agency Wieden + Kennedy and production company Wefilm. With Dropped, we were looking for a way to give consumers an experience not unlike the one that happens in the Voyage film. It was up to them to tap into their resourcefulness and spontaneity to navigate their way out. Six legendary candidates left the experience slightly more worldly men capable of handling any situation, as they travelled in total over 26,000 km across four continents. The 15 episodes were watched in 208 countries and racked up over 35 million views.

A brand experiment of such scale demands a fitting conclusion. The 'best of' moments were compiled in a film launching today on the Heineken Dropped YouTube channel. We wanted to tell the story through the eyes of the Legends themselves, so we asked the six guys to share with us their personal highlights. "I came close to the beautiful nature. I experienced unique moments that I could share with my friends and even my grandchildren one day! But the most important thing for me is that I realized that we are all resourceful and we can accomplish any mission," said Stavros, the Greek who was not fully prepared for the Cambodian jungle, but quickly realized his spontaneity and optimism can defeat his fears. The film's soundtrack is an original song written and performed by Murray, the charismatic Irishman from the Philippines double drop, whose lyrical talent was revealed in the last Dropped episode. “It was a great, if not a strange experience to be blindfolded and then find yourself on a beach on the other side of the world. But it was a chance of a lifetime," Murray concluded.