Heineken Celebrates the Year of the Ram 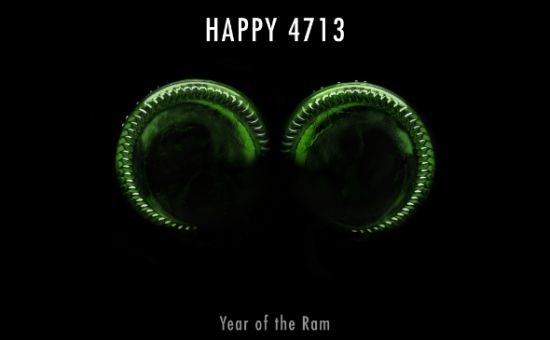 At Chinese New Year celebrations all around the world, cries of 'gan bei' will ring out as revellers encourage each other to literally 'dry their glass'. Keen to join in the party, Heineken and Dublin-based agency Rothco are also celebrating the arrival of the Year of the Ram with a simple yet smart idea that sees two of green beer bottles transformed into a pair of coiled horns. The design also echoes the Chinese character '羊' (yáng), which represents horned animals such as ram, sheep and goats.

The image reads 'Happy 4713!' - a nod to the Chinese lunar calendar, which is a good two-and-a-half millennia ahead of the Gregorian calendar. 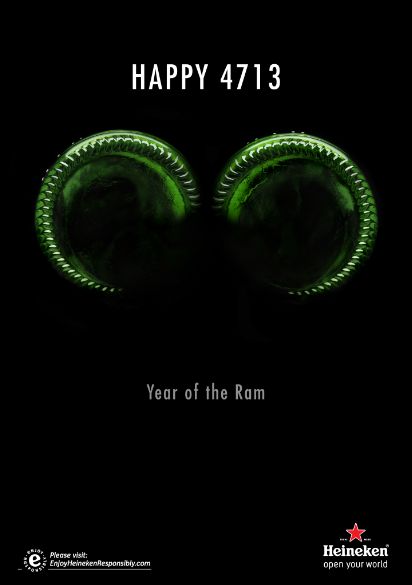