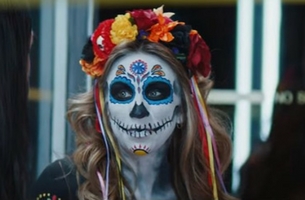 Halloween is just 46 days away!  And for the first time ever, Party City is teaming up with Television Host and Queen of Halloween Heidi Klum to celebrate! We are running a contest where 2 lucky people will win an all-expense paid trip to Heidi’s party for Halloween this year and be outfitted by Party City.
It's an exciting day for Party City as they celebrate the launch of their 2017 Halloween ad campaign and new brand positioning. Earlier this year as its new AOR, Hill Holliday helped Party City re-think its media approach, uncover meaningful consumer insights and develop a unifying brand platform, “Oh, it’s on.” This new campaign and brand platform are just the beginning of an exciting evolution of the Party City brand.
view more - Creative