Heeeeeere’s… Bryan? The Shining Gets a Rejig in MTN DEW Ad 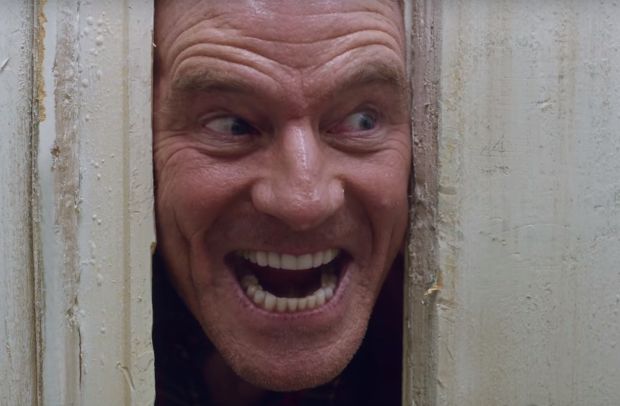 “DEW launched a Zero Sugar product for the first time ever this January and we’re using our Super Bowl spot to tell fans it’s ‘As Good As the Original, Maybe Even Better.’ We partnered with two major Hollywood actors to help us tell that story on one of the world’s biggest stages,” said Erin Chin, senior director, marketing, MTN DEW. “We hope fans will enjoy the unexpected humor and fantastic casting. Tracee and Bryan had incredible chemistry and the energy on set was dynamic.”

Surrounding the big game, MTN DEW is bringing elements from the TV commercial to consumers through Instagram, Snapchat and TikTok.

On February 2, the brand is introducing an iconic character from the film to star in social content. Tony, Danny’s invisible friend who talks to him through his finger (both characters from the movie), will take centre-stage in various Super Bowl commentary and conversations through Instagram stories. DEW NATION and fans of The Shining will be able to follow along on social with the hashtags #MTNDEWZeroSugar and #TheShining.

Tony is not the only character from The Shining to make a special cameo, MTN DEW-style. Meet: the twins. On Super Bowl Sunday, the brand will launch an augmented reality Snapchat filter allowing fans to superimpose themselves into the twins scene in the DEW commercial, which makes reference to the famed and creepy twins from The Shining. Fans across the nation can thrill their followers with the filter, which will launch and be available on game day and beyond.

Lastly, The Shining twins live on in popular culture as memes and MTN DEW will tap into their notoriety with a TikTok initiative native to the platform. The #AsGoodAsTheOG Challenge will make creative use of the “twin” tool and dance challenge to rally TikTok-ers to participate.

MTN DEW will make a charitable contribution to FilmAid, a 501C3 organization, that harnesses the power of film to inform, educate and inspire vulnerable communities around the world.