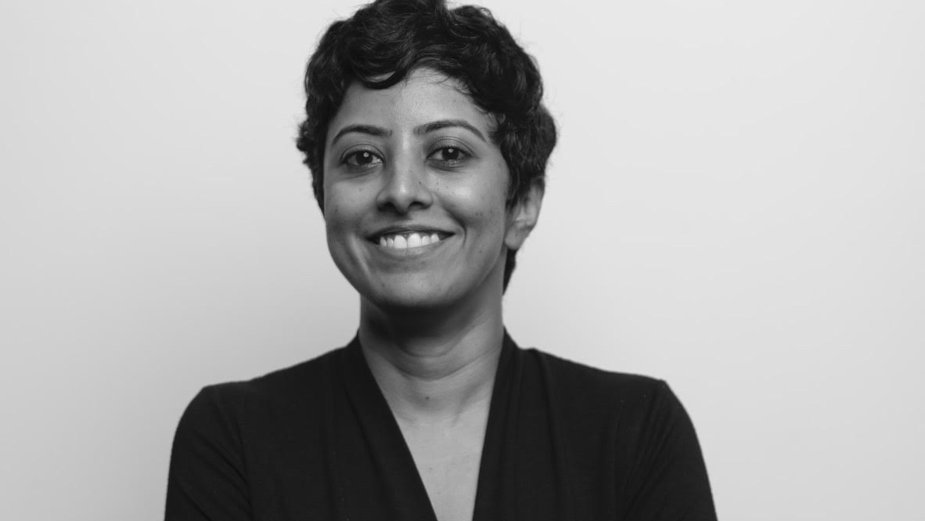 Heckler has announced the promotion of Charu Menon to partner, Singapore, making her the first female member of the board.

Charu was head of production at Heckler Sydney prior to moving to Singapore; where she produced award-winning global TVC campaigns. These included Nike’s Hyper Court, Myer Wonderland, and Tinder’s Interracial Couple Emoji project. As executive producer of Heckler Singapore, Charu has led campaigns for clients including Singtel’s 5G brand launch via BBH Singapore, IBM’s APAC social series on AI and technology via Ogilvy Singapore, and Special Group Australia’s UberEats campaign in Taiwan, as part of the ‘Tonight I’ll be Eating’ series with Taiwanese celebrities Jolin Tsai and Lin Meixiu.

Most recently she led the post-production for SKII’s ‘Beyond the Stadium’. This campaign paid homage to a community highly impacted by the pandemic - female-owned small businesses and entrepreneurs in Tokyo. Working in partnership with Forsman & Bodenfors Singapore and Great Guns, Charu helped craft a film that juxtaposes the struggles faced by Olympic athletes in pursuing their dreams with the challenges faced by female entrepreneurs & small business owners in Tokyo.

In addition, Charu post-produced ‘Singapura Queens’- a music video that launched at Pink Dot, Singapore’s annual event in support of the LGBTQIA+ community. Directed by filmmaker Choānn, the film showcased larger-than-life drag queens against local motifs. The pandemic affected this community drastically, so the concept paid tribute to drag queens by celebrating their strength and spirit despite such adversity.

“Since we set up Heckler Singapore in 2019, we’ve been fortunate to create some great work with great clients. As much as I’d like to take the credit, Charu has been a massive influence on our success. I’m in awe of her attention to craft - she’s the most Creative Producer I’ve ever worked with. I’m stoked that Charu is taking this next step, and I look forward to what she achieves next.” - Richard Mayo-Smith, managing director and executive producer Singapore.

“Heckler has always felt like home. A team of prolific artists and storytellers who also happen to be the nicest and warmest set of people in the industry. I’m thrilled to come on board as a Partner and alongside Richard, continue to grow our incredible team and business in Singapore.” - Charu Menon, partner, and executive producer, Heckler Singapore.

Charu is a passionate advocate for gender equality and diversity, evidenced by her extensive portfolio of causes close to her heart. Her passion project which she wrote and produced, ‘By the River’ is a short documentary on the ‘death hotels in India’. This received an ACS Golden Tripod, the highest honour for Cinematography in Australia. It also received two academy qualifying festival nominations at St Kilda and Doc Edge 2020 and a host of other Official Selections to global festivals including Melbourne Doc Fest, Energa CAMERIMAGE, United Nations International Film Festival, Moscow Film Festival, Euregion Film Festival, Nordic Docs, and secured a YDA nomination.

An executive producer of Heckler studios, Charu has produced work that has been recognised at Cannes Lions, D&AD, AWARD, Adstars among others. She was part of the Direction Jury for D&AD 2020 and is a sitting Executive jury member for Ciclope Asia 2021.