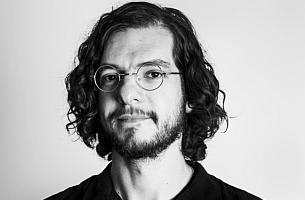 Heavy Duty Projects, the music company based in New York and Los Angeles, has heard the song of Zach, and answered its call. They’ve named Zach Pollakoff, most recently VP, Senior Music Producer at Grey Global / Townhouse Worldwide, as Executive Producer of its New York office.

“Zach combines a love of music with a keen eye for culture and brand strategy,” says Heavy Duty Projects Partner and Managing Director Josh Kessler, who co-founded the company with the Grammy Award-winning producer Ariel Rechtshaid. “His experience, wealth of knowledge and innate ability to communicate both with advertising professionals and music creators alike makes him a perfect fit for our team.” Adds Urcioli, “Zach’s credentials in music extend well beyond his agency experience, which makes him a perfect fit for us. We’re thrilled he’s joining our expanding New York team as an EP.”

Heavy Duty (www.heavydutyprojects.com) bills itself as a future-proofed music company at home in the pop culture milieu. They work with award-winning music creators who’ve written and produced for artists ranging from Billboard’s mainstream to Pitchfork’s elite, as well as for ads, episodic television, feature films and video games. Brands that have felt the light touch of Heavy Duty include Target, Burt’s Bees, Orbit, Pantene, Jimmy Choo, Apple, Bacardi and Lexus, among others.

In addition to original composition and licensing, Heavy Duty also handles music publishing and artist development and has deep roots in the contemporary music scene through the artists and labels that have collaborated with Rechtshaid. A composer and musician, he’s produced tracks for such talents as Adele, Troye Sivan, Vampire Weekend, Usher and Haim.

Pollakoff says he elected to join the company for several reasons: “First and foremost is their work,” he remarks. “In all my experience with Heavy Duty, they consistently bring fresh, high-quality ideas that set them apart. Additionally – and just as important – Heavy Duty is home to some of the fairest, most intelligent people I've met in my career. So far, they’ve made this transition both seamless and painless.”

At Townhouse, which he joined in 2010, he contributed to Cannes and Emmy-winning campaigns for such advertisers as Gillette, DirecTV, NFL, Canon, Venus and more. He also helped to introduce the work of young indie artists to brands and negotiated the licensing of hit songs. In this role he worked on the creation of original compositions and covers with artists like Sia, St Vincent, Seal, Atticus Ross, Max Richter, Pusha T, Vince Staples, Son Lux and many more.

Pollakoff brings a diverse background to his gig at Heavy Duty. A Chicago native, he played in bands through his high school days and later attended Indiana University, where he was DJ and general manager of the student radio station, which is where he got his early education on how the music business works.  He also helped the station make the move to FM and fought alongside state legislators to keep them there.

From there he moved to Brooklyn to work for the indie giant, Beggars Group/Matador Records, as a radio and video promoter, working with artists such as Vampire Weekend, Sigur Ros, Adele, New Pornographers, and more. Later he founded his own label, Twosyllable Records, a curated collection of some of his favourite young artists.

During this time Pollakoff began to do music supervision for films, and it wasn’t long before he found his way into advertising. After a short stint with a film company he began to freelance for New York music houses such as Q Department, Tonefarmer, Mophonics and Shout It Out Loud. His next move was to the agency side, when he was hired (and eventually mentored) by Josh Rabinowitz, EVP/Director of Music at Grey.

Having worked with labels and a global ad agency, and now at an independent music company, Pollakoff has a unique point of view on the current state of music in the advertising mix. “Music is a universally powerful storytelling tool that can instantly communicate emotion, create meaningful connections with consumers, and drastically affect visuals in a way that no other aspect of production can,” he offers. “For those reasons – and musicians’ increasing interest in licensing – I believe we’re living in the Golden Age of Synchronization. And I predict that advertisers will invest more in artist collaborations to engage specific demographics.”

Outside of his professional life, Pollakoff is a dedicated organiser and activist. He runs 1m1w1d (One Month One Week One Day), an organisation which partners with the creative community to support the arts through concerts, DJ nights, art shows, and a short film festival. 1m1w1d also sponsors an annual creative conference called Likeminds that gathers what Pollakoff calls “some of the most passionate, progressive thinkers for a weekend retreat to discuss the intersections of art and tech, all culminating with an annual grant to an artist of $10,000.”

The third annual Likeminds event will be taking place in August of 2018, he adds: “This year's theme is exchanges, and we’ll be exploring intersectionality, cultural barriers, time management, alternative economies, the power of language and more through speaker sessions during the day and music at night.

Pollakoff says he’ll continue to manage and guide 1m1w1d while at Heavy Duty and sees the two roles as complementary. “We’re going to be throwing events all over the country to raise money to support the arts, and our biggest initiative, launching this year, promises to make a big impact on the advertising music industry.”

Why drive himself crazy like this? Pollakoff is quick to reply. “I’m the kind of person who feels compelled to execute all my good ideas. At the core of all my projects, whether it's 1m1w1d, Likeminds or Twosyllable Records, is a deep desire to support artists. It's something I feel passionately about, and it extends into my professional career choice as well. I think at an artist-friendly company like Heavy Duty, I’m well positioned to continue in this direction.” 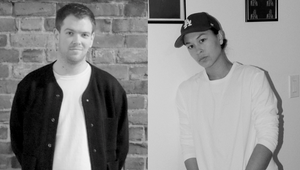 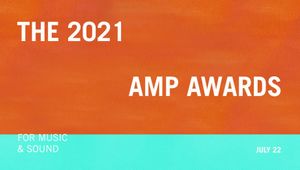