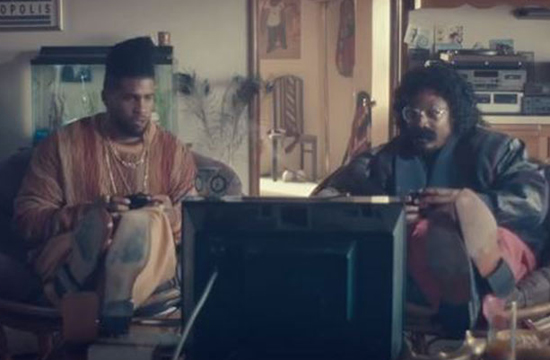 EA Sports has launched the first spot in a new three-spot campaign for Madden NFL 25 - its latest installment in its video game franchise. The campaign is created by San Francisco-based creative agency Heat, directed by Hungry Man's Wayne McClammy and edited by Christjan Jordan.

Making it to the NFL takes a lot of hard work. Every ounce of athletic talent has to be matched by years in the weight room and on the field if they are to make it to the big time. Heat examined the emerging rivalries between NFL quarterbacks Colin Kaepernick (San Francisco 49ers) and Russell Wilson (Seattle Seahawks), and running backs Arian Foster (Houston Texans) and Marshawn Lynch (Seattle Seahawks), to reveal a surprising fact. From the beginning, these young stars didn't just want to get to the NFL; their true driving passion was to make it into the Madden game franchise.