Heartwarming Pedigree Initiative Pairs the Elderly and Lonely with Pets 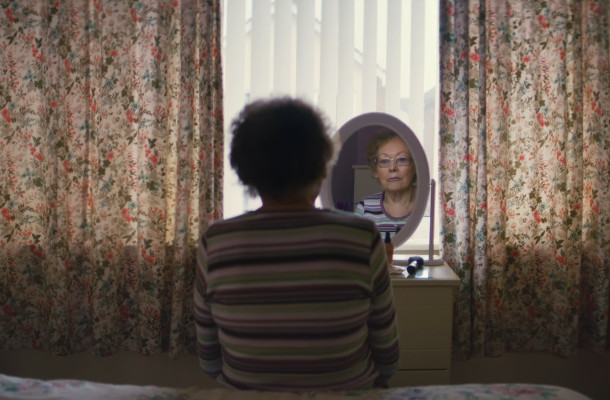 A national initiative pairing lonely members of the elderly population, with dog owners has today been announced, in a unique attempt to combat the issue of loneliness gripping the UK.
Loneliness is something that affects all areas of society. However, this is particularly true for older adults. According to the Campaign to End Loneliness, 1.2 million older people are chronically lonely in the UK, a condition that has long been linked with a range of psychological problems including alcohol and drug abuse, eating disorders and depression. In fact, a 2015 study revealed a lack of social connections is a comparable risk factor for early death as smoking 15 cigarettes a day (Holt-Lunstad, 2015).
Reports indicate that by 2050, one quarter of the UK population will be over 65, many of which will be living in solitude. In addition, researchers estimate that up to one in four people now suffer from social isolations. Unsurprisingly loneliness is becoming one of the UK’s most pressing issues and is fast approaching epidemic proportions.
Following the success of a pilot initiative, which saw local dog owners paired with seniors in the area of Melton Mowbray in April of this year, Mars Petcare UK is rolling out the ’PEDIGREE Dog Dates’ initiative nationally, in a bid to alleviate the loneliness experienced by 9 million people across the UK.
After eight years within the Mars business, Marketing Director Chris Rodi has joined the Mars Petcare UK team during the exciting moment of the launch of ‘PEDIGREE Dog Dates’ initiative.
“It’s a great time to be entering this part of the business and I’m thrilled to be working on such brilliant initiatives from day one.
“‘PEDIGREE Dog Dates’ is based on significant research from the WALTHAM Centre for Pet Nutrition, showing that pets help older adults remain more physically and socially active,” said Chris Rodi, Marketing Director at Mars Petcare UK. “Seeing the positive impact on those who took part in the pilot scheme in Melton Mowbray, we knew we had to expand the ‘PEDIGREE Dog Dates’ programme to more people. The number of elderly people currently suffering with chronic loneliness in the UK is staggering and we firmly believe this initiative can go a long way to reconnect people with their local communities”.
Following today’s announcement, PEDIGREE is encouraging anyone who is interested in bringing PEDIGREE Dog Dates to their local community to register their interest at https://uk.pedigree.com/dogdates/. The initiative welcomes people over 65 interested in making new friends, as well as families and individuals with their dogs (who are always up for another walk).
For more information about PEDIGREE or “PEDIGREE Dog Dates,” visit uk.pedigree.com/dogdates/
view more - Creative