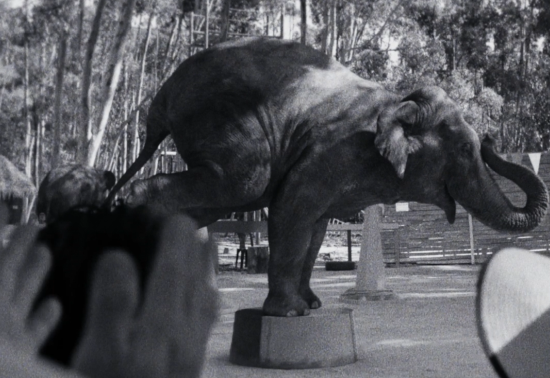 Global charity World Animal Protection wants people to question the many ways we exploit and profit from animal cruelty every day without a second thought, as it launches an emotive 60-second film this World Animal Day (4th October).

Big names in the film making business have collaborated with World Animal Protection, as it launches its ambitious new film which forms part of a global brand campaign. Visual effects and content creation studio, The Mill used cutting edge technology to create computer generated animals, including photo-real performing elephants and a lion caught by trophy hunters – unbeknown to the untrained eye. With the advances in CGI this film demonstrates that there is no need to exploit animals in the film industry.

The film takes the viewer on a journey showing how animals are used for sources of entertainment, for ‘sport’ or commodities exploited for profit. It begs the question: ‘does the life of an animal mean nothing at all?’

The film involves a host of renowned industry leaders who all share a passion for the cause. Those involved were:

• Filming and concept: All Mighty Pictures – winners of the prestigious, The Drum Design Awards Grand Prix for WWF’s ‘The Eye’

• Editor: Sam Rice-Edwards, known for his work with John Lewis

The 60 second film will be shown on screens, including TV and cinema across the UK, Latin America, Australia, New Zealand and Europe.

Georgie Bradbury, global head of marketing at World Animal Protection said: “This film sends shivers down my spine and makes me unbelievably proud to be working for World Animal Protection at such a crucial time for animal welfare. People around the world are really beginning to wake up to the suffering that we, as humans, are inflicting. This film captures the essence of that exploitation, and I hope it will spur many to join us to speak out against animal cruelty and end it once and for all. Animals deserve a life worth living.”

Mark Harbour, creative director at All Mighty Pictures said: "It is a sad reality that animal cruelty is always a result of human actions - we felt we should turn the camera on ourselves and really question how we as a race can act so appallingly to other creatures. I’m thrilled with the film and really proud of the team who brought it all together with such passion and dedication."

Mike Chapman at The Mill said: “It was really inspiring seeing the teams we were working with and their passion for animal welfare. We worked closely with All Mighty Films and World Animal Protection to ensure we captured the reality of the cruelty, using real life references (that were often hard to watch) we created a fully CG elephant with photo-realistic muscle system and animation to perform a handstand, and vignettes showing distress and panic. It proves CGI can be used to alleviate the need to use real animals in front of the camera. We are really proud to be part of the team that has created this film and helped tell these stories.”

Anthony Dickenson, director at All Mighty Pictures said: “There are some things in life that are simply unfathomable. Animal cruelty is one of them. The more I researched, the more saddened I became about what we are capable of doing, but also more determined to make a film that could make a difference. I think lack of awareness is one of the greatest challenges. I hope the film will go some way to addressing this.”

Filmed on location in South Africa with actors who worked with representations of the CGI animals featured, using a variety of techniques to create the reality:

- The lion was filmed using a large soft stuffed toy, then the CGI version was added afterwards

- The elephant was constructed entirely by CGI, using a clown to gain authentic reactions from the crowd

- The dog fighting scene is the only scene that features live animals. The dogs are professionally trained and were filmed individually, with the footage layered to recreate the effect of dog fighting. An independent animal welfare expert remained on set.

Over the past 10 years, VFX techniques and technology have advanced considerably. The Mill has been at the forefront of these developments, with multi award-winning productions such as the SSE advert which featured a photo-real 100% CG orangutan. This wealth of their experience meant that all the CGI animals look authentic.

The film launches worldwide on World Animal Day, 4th October, as part of a wider campaign to ensure that animal welfare is no longer niche but is instead recognised as a fundamental global issue.