As well as headline and speaker slots, visitors to the D&AD Festival will be able to take part in Insight Sessions 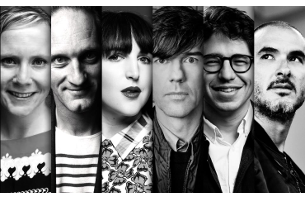 The D&AD Festival is back for 2017, bringing you the biggest hive-mind of creative excellence across the industry - with six creative super-stars now confirmed as some of the headline speakers for the event:

Anna Higgs is an award-winning producer and creative executive who leads ground-breaking work at the intersection of film and digital storytelling. Anna has recently taken up the position of Creative Director at NOWNESS, a global video channel bringing together the best in culture, with the best of emerging and established filmmaking voices.

Erik is a Dutch artist, designer and curator with great interest in photography. Creative Director of communications agency KesselsKramer in Amsterdam, he works for national and international clients such as Nike, Diesel, J&B Whisky, Oxfam and Citizen M. As an artist and photography curator Kessels has published over 50 books and will be signing copies of his latest book “Failed It!” after his keynote.

Creative director and co-founder at the lifestyle destination Refinery29, Piera leads a growing team of creatives who bring the brand to life online and IRL. With 225 million global users, it is the leading digital-media company focused on women and Piera and her team have been the recipients of numerous awards as well as co-authoring Refinery29's first book, the New York Times best seller, Style Stalking.

Co-founder of world-famous design agency Sagmeister&Walsh, Stefan has designed for clients as diverse as the Rolling Stones, HBO, and the Guggenheim Museum. He’s a two time Grammy winner and also earned practically every important international design award. Stefan talks about the large subjects of our lives like happiness or beauty, how they connect to design and what that actually means to our everyday lives.

The man at the helm of an enormous global community built around creativity and creative projects, Yancey is the co-founder and CEO of Kickstarter. Over 10 million people, from every continent on earth, have backed a Kickstarter project and in 2015 it became a Benefit Corporation, a for-profit company that is obligated to consider the impact of their decisions on society, not only shareholders.

Zane is a New Zealand-born radio DJ, record producer and television presenter. Originally coming to prominence through presenting on XFM and MTV Europe, and then on BBC Radio 1 from 2003–2015. He is now the Creative Director and LA Anchor for Beats 1, Apple’s first free global radio station. Zane's wealth of music knowledge and creative vision bring personality back to the modern age of music discovery through the human experience.

Joining them across the four stages will be speakers including a food futurologist and Amsterdam’s Night Mayor as well as some of the most famous designers, creative directors, founders and CEOs from around the globe. Brands including WeTransfer, Sonos and Unmade will impart knowledge alongside agencies R/GA, adam&eveDDB, Leo Burnett, Turner Duckworth, Dentsu, FITCH to name a few.

Tim Lindsay, D&AD CEO commented “Everything D&AD does is about celebrating, stimulating and enabling creativity - in the context of working towards a more sustainable and more diverse industry. The D&AD Festival is that mission and  those values in action - a glorious celebration of the great work that results when diverse talent collaborates in pursuit of excellence."

D&AD Festival - What to Expect

This year the D&AD Festival has been organised into three distinct days, each with their own agenda.

Tuesday, 25 April - The Earth Will Shake: This is a day of responding to the big issues our world faces. D&AD want to inspire you to build a better, fairer and more sustainable future.

Wednesday, 26 April - Staring at The Sun: Shifts in technology, trends and work-styles are upending the creative industries. This is a day of leading innovators thinking, predicting and demonstrating how they are adapting to a transforming sector.

Thursday, 27 April - Outrageous Magic: This is a day of our industry’s leading designers and creators talking about what they do when crafting the big ideas.

As well as headline and speaker slots, visitors to the D&AD Festival will be able to take part in Insight Sessions that cover many of the key categories from the D&AD Professional Awards and Bite-size Training classes to give them a taster of D&AD Professional Development Training. An exhibition of over 26,000 pieces of creative work entered into the Awards will be displayed throughout the venue and there will also be New Blood installations, and an exclusive Next Awards showcase of emerging directors and exhibition of emerging photographers in partnership with Getty Images to give attendants a full overview of what D&AD has to offer.

D&AD Awards Ceremony will take place during the Festival this year, with a new format to be announced soon.