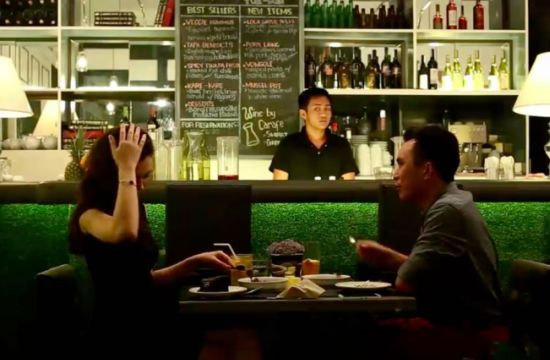 What is worse than being stood up on Valentine’s Day? A #FlakerDate.

In a new campaign released by Ace Saatchi & Saatchi for Head & Shoulders, three guys have their staged blind dates turn into uncomfortable nightmares when dandruff gets in the way of romance.

The dates, set up with actress Coraleen, see her incessant head-scratching leave trails of dandruff on her clothes, the table, and even the food. It’s flaking redefined - and if the bewildered reactions in the blind dates are anything to go by, the three guys would have much rather been stood up.

To campaign against the #FlakerDate, Ace Saatchi & Saatchi are encouraging people to share the ad in the hope that greater awareness leads to fewer flakes on the planet. The campaign has been rapidly gaining popularity on YouTube, and has been featured in local media, including a talk show.

Advocating for clean hair and flake free romance this Valentine’s Day, #FlakerDate proves that nobody likes a flaker, and no one should ever be one.